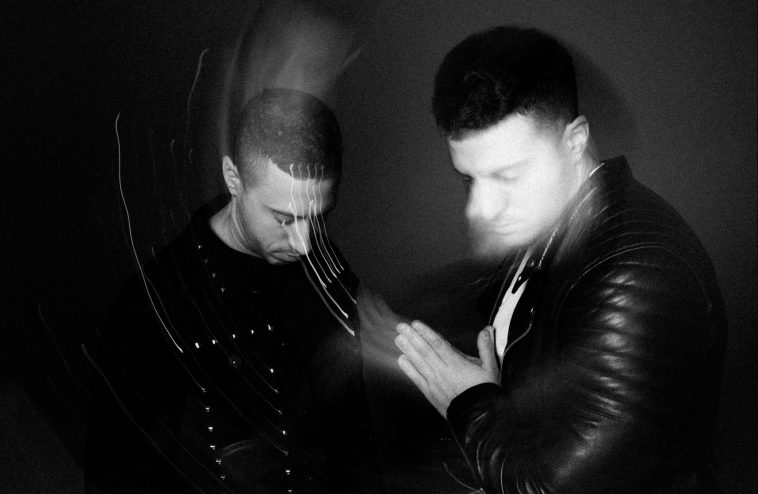 Self-penned and produced by the duo, made up of brothers Anthony and Michael Hannides, ‘Don’t Need Heaven’ embraces nostalgic 80’s pop with its atmospheric synths and euphoric vibe.

The lyrics speak of an unconditional love for someone, with MakeYouKnowLove describing it as “living and loving without fear and risking everything to be with the person who makes you feel like you’ve already found paradise”.

The exciting track also comes with a striking music video which takes inspiration from the classic 1996 version of Romeo + Juliet. Directed and shot in LA by Baxter Stapleton (Meghan Trainor, The Black Eyed Peas) with limited resources during the pandemic, the visual perfectly embraces love and positivity with a diverse cast.

MakeYouKnowLove said: “With the video we really wanted to create something that celebrates diversity with a sense of what was happening in the world right now. The coronavirus pandemic has made people really fear being close to each other and there’s a lot of anxiety around leaving home.

“The pandemic of racism has been around in our society for too long and the Black Lives Matter movement has become a beacon of hope for fundamental change that the world desperately needs. We felt both of these huge landmark moments in our history captured a similar idea that we should all live in freedom without fear.”

‘Don’t Need Heaven’ follows on from a string of MYKL singles including ‘Vitamin’, ‘Conversation’ and ‘The Highest’. Along with creating their own music, the ASCAP-award winning duo have made a name for themselves as writers and producers to the stars.

Most notably, MakeYouKnowLove wrote on and produced ZAYN’s debut album Mind of Mine, including his global smash debut ‘Pillowtalk’. They also worked on his sophomore album Icarus Falls, whilst they’ve also worked with Rita Ora on ‘Kiss Me’, Mabel’s ‘Trouble’, and Alice Chater’s ‘Two Of Us’.

Whether they’re creating music for themselves or other artists, MakeYouKnowLove remain as an enigma who aim to encourage people to understand what love is. Speaking about their mission through music, the brothers say “You can’t see us, but you can see what we represent. MakeYouKnowLove is an idea, that you can be whoever you want to be, no prejudice or preconception”.

With more new music on the horizon during the rest of 2020, we can’t wait for MakeYouKnowLove to continue to sprinkle some much needed magic onto the world.

‘Don’t Need Heaven’ is available to download and stream now.