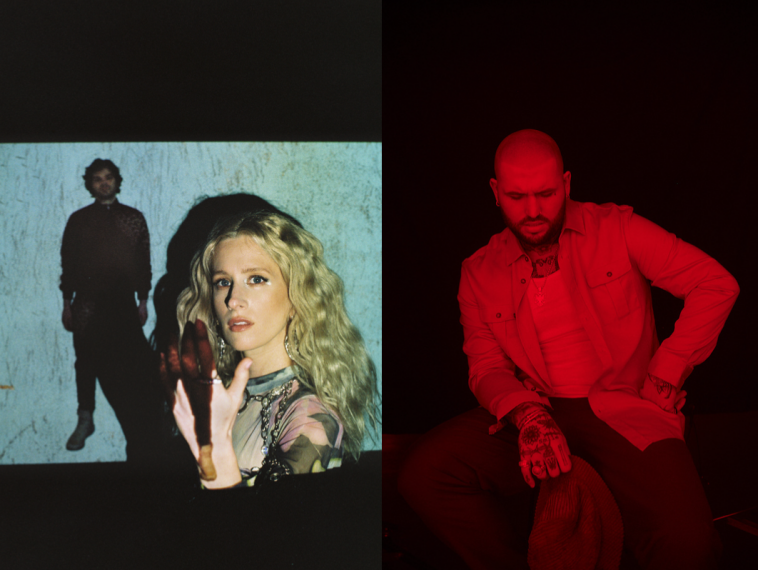 The single showcases the magic that happens when two wildly diverse and genius artists collide, each contributing their colorful backgrounds, unique perspectives, and undeniable talent. The result is a multi-dimensional narrative gleaming with duality, expressiveness and unfiltered emotion atop pure sonic bliss.

In “little bit”, the narrative explores a concept tied to past love. The relatable song tells the story of seeing an ex for the first time after a break-up, and feeling neither love nor hate but a lack of feeling altogether- what we know as indifference. Sonically, the song showcases Marian Hill’s committed evolution as artists, as they color outside of the lines in a bold exploration of the unknown. Featuring iridescent vocals, dream-like melodies and a wide array of unconventional production elements interlaced with GASHI’s charisma and soul-stirring verses, “little bit” is a song that offers the listener a beautiful contrast thematically and sonically.

Marian Hill further confides, “In writing this album we made an effort to push ourselves outside our sonic comfort zone – ‘little bit’ took shape as a result of these experiments. To this day we can’t even agree on what genre the song is and the lyrics landed on a specific perspective we realized we’d actually never quite written about before: seeing an ex for the first time after a long time has passed and feeling…nothing? Adding another perspective to this story felt right, and when GASHI sent us his verse it struck us how perfectly his emotional tone contrasted with Sam’s more distant malaise. GASHI joined us on stage to premiere the song at one of our first shows since before the pandemic and we were able to capture these live moments that meant so much to us in the music video.”

Philadelphia bred, NYC based Marian Hill is composed of vocalist Samantha Gongol and producer Jeremy Lloyd. The band formed and began releasing music in 2013, with their hit single “Down” catapulting them to #21 on the Billboard 100 chart in 2016, earning them widespread acclaim and a worldwide fanbase. With their upcoming album Why Can’t We Just Pretend due out this year, the duo continues to pioneer a new way forward in their exciting and successful musical journey.

New York based GASHI is best known for his hit songs “Creep on Me” and “That’s Mine.” An Albanian native who spent most of his childhood as a refugee, GASHI moved from country to country with his family and eventually took to music as an outlet for his struggles. Deemed the “trap Phil Collins” by the The New York Times, the talented artist, signed to RCA Records, is the only Albanian artist to chart on the Billboard charts multiple times. His innovation and creativity has led him to receive co-signs from both Travis Scott and A$AP Rocky to name a few.