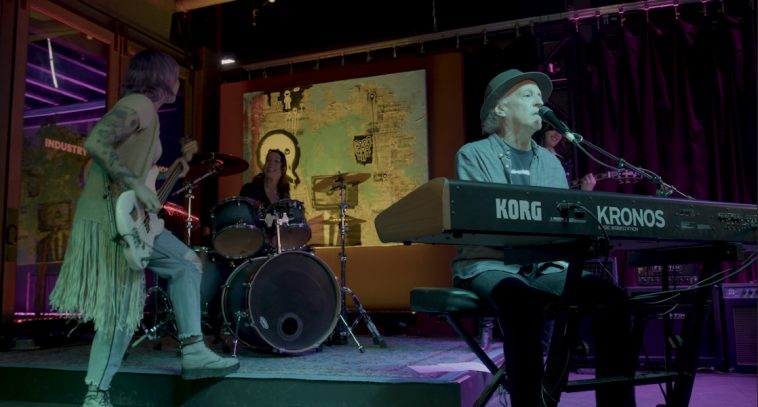 Long Island, New York-based singer-songwriter Marshall Oakman unveils the video, “She’s No Doll, She’s A Woman,” a song about the significance of women.

When he was six years old, Marshall first fixed his eyes on a piano. Pressing down on the black and white shapes, he discovered timbre and texture, opening a door into a magical world. Later, he began writing songs.  Over the years, Oakman has honed his craft, creating a vast catalog spanning a lifetime.

“She No Doll, She’s A Woman” opens on a bright, sparkling piano riding a deliciously buoyant rhythm. Marshall’s evocative tenor imbues the lyrics with flattering tones as he narrates his esteem for women. On the chorus, the tune takes on elevated resonance and glittering colors, while finessed drumming adds zest and oomph to the song’s rhythmic flow.

The video shifts between Marshall and his band performing to a beautiful young woman discovering self-empowerment and freedom.

Brimming with vibrant energy, “She No Doll, She’s A Woman” pushes out scintillating, alluring layers of pop-rock topped by dynamic vocals.