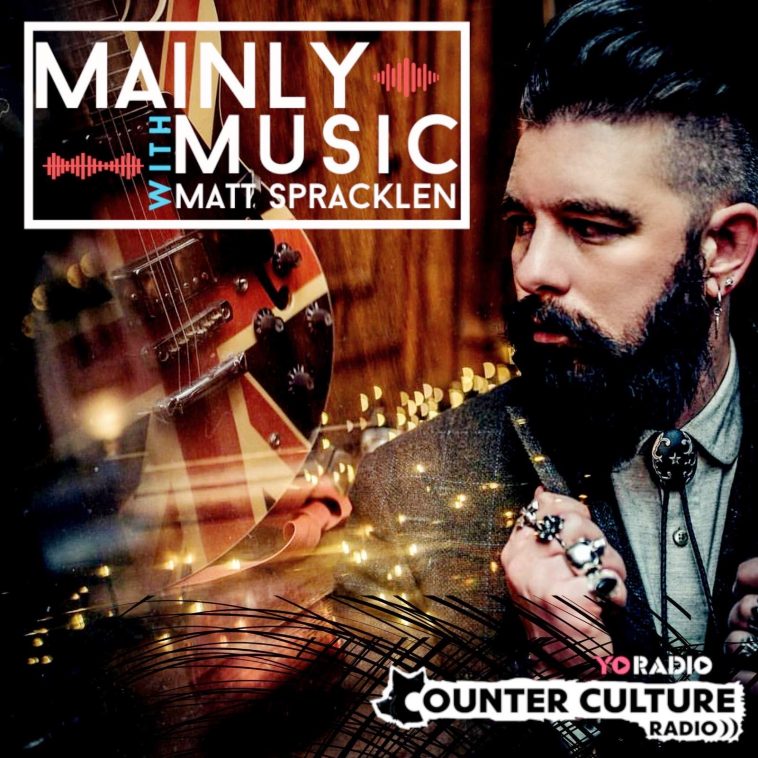 Matt Spracklen is an accomplished radio presenter, podcaster, DJ, and brand ambassador. He currently works with Country Hits Radio, Hard Rock Cafe, Planet Cowboy, TBCMF, and lots of other outlets whilst always making time to shine a light on the rising talent within the UK country scene.

And now he has launched his Mainly Music radio podcast. The shows are aired weekly via Counter Culture Radio and are hosted by Matt Spracklen where he shares the tracks that he has most recently added to his playlist that week from across the music world. He plays a variety of songs old and new, from a wide eclectic sonic mix of country to punk rock, but the common theme throughout is brilliant music. Matt shares his stories with producer and co-host, Sarah Bishop.

Speaking about the podcast series, Matt says: “It’s fun to have an outlet for some of the nonsense that I allow to come out my head sometimes! But mainly, I just love to talk about the music I love. From The Rolling Stones to The Fugees to Stevie Wonder and Ron Sexsmith. It’s an opportunity for me to share new artists with the listeners too and having it go out live on Counter Culture Radio in Nashville is awesome. Talking with friends in the scene is one of my favourite things to do and it’s fun to share those conversations on the show.”

Whilst producer and co-host Sarah adds: “I’m excited to bring Mainly Music to the air in Nashville, a place that’s so important to the music world. Matt has such a broad knowledge of music that he frequently finds me my next favourite band so I know there’s some great music ahead. And Matt and I can never be serious for too long so I hope the listeners enjoy a laugh along with us too.”

The Mainly Music radio show currently goes out live on Fridays on Counter Culture Radio in Nashville, TN at 11 am CT and 5 pm GMT before the podcast is released the day after via streaming platforms.

Are you a fan of the Mainly Music podcast from Matt Spracklen? Let us know your thoughts across social media!