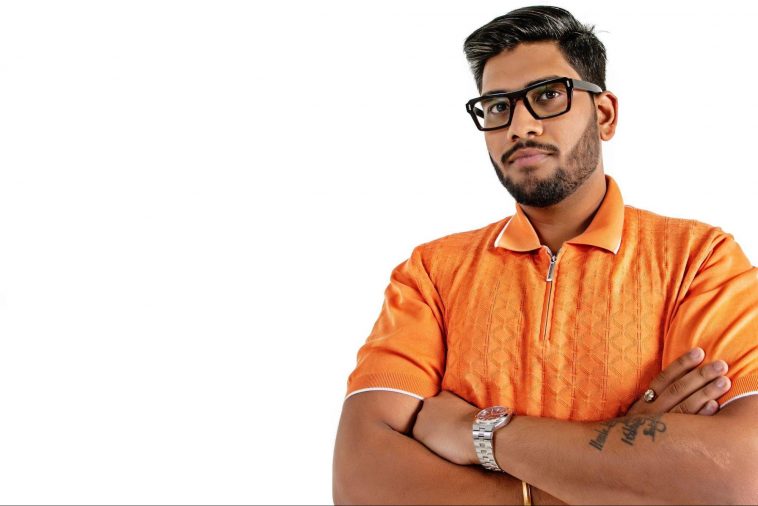 To believe that the world does not need a war for a particular industry to boom is farfetched. But Shravan Bansal has taken it upon himself to alter the UK economy by setting a high bar in the least concerned industry, and that too, without starting a war.

There has been a noticeable boom in the mechanical industries over the past few years. Whether in construction or vehicle manufacturing industries, due to low labour, the ground facts always revolve around metals. Production of metals costs more; therefore, recycling metals have always been a viable option, as metals withstand continual reforming without losing their quality.

Shravan Bansal is a 24-year-old entrepreneur who has always preferred practical knowledge over academics. Though he was accepted for MBA at MIT, life had something else planned for him. Unfortunately, Shravan was not able to pursue his education due to his father’s death due to COVID. After his father passed away, Shravan moved to London to start a new journey. He had a dream to set new limits for his metal scrapping business, AD Leading Limited and finally did what he had always envisioned. “I love to learn, but in my own ways,” said Bansal.

He was inspired by his father and aimed at setting up his own empire. It is interesting to note that the founder of AD Leading Limited amazingly managed a business in London valued at £300m in a pre-revenue stage. Moreover, he is currently a shareholder and first director of 3 businesses, 2-based in India and 1 in the UK.

According to Shravan, he has always valued practical business knowledge and experiences over academics. Furthermore, what sets this dynamic young entrepreneur apart from others is his professional journey which started off at the tender age of 18. He started working part-time in a fund management company, and by the time he turned 19, he managed to make $125,000. In short, he accomplished what most of us just dream about and funded his own battery recycling company to feed his family business.

When it comes to metals, from iron to stainless steel, all ferrous metals can be recycled. Besides, non-ferrous metals such as copper, zinc, and aluminium are recyclable, making it easy for businesses to bind scrap metal together for collection. In fact, he believes that he can give back to his country what others have failed to comply with, which includes more employment options and addressing inflation, among other things.

Analysts are configuring the current financial grounds in the UK and have declared metal recycling a crucial block of the economy. Now you may find the facts a bit alarming. As per the economic data evaluation, the economy of the UK has contracted in the second quarter of 2022 because the country’s cost of survival crisis affected homes and workplaces. The GDP of the UK shrunk by 0.1% in the second three months of this year. Adding further to the bad news, there is a 0.3% contraction expected to be done by multiple analysts in the near future. But luckily, we have a recycling company, AD Leading Limited, that is working towards countering the economic needs by making cheaper metals more accessible while serving better GDP to countries with a safer environment and high employment rate.

Talking about the thought behind his company’s metal division called ‘Leading Metals’, Shravan shared, “I wanted to solve the problem in developed economies, as an industrialist surfaced from the ground I believe metal is the spine of any operation, or existence.” He further went on to say, “These OECDs (Organisation for Economic Co-operation and Development) DO NOT MANUFACTURE METALS. In fact, these import-based economies are driven to recession and supply chain havoc due to no manufacturing. However, my business works on promoting secondary industries in OECDs and enable these economies to flourish better.”

Recycling metals make it possible for the country to save approximately 200 million tons CO2 emissions per year. Although, before recycling any metal in the UK, its feasibility and economic gains are monitored. Despite different metals being processed and extracted, it is a fact that the BMRA (British Metals Recycling Association) members necessarily export 80% of the collected metals to be extracted and processed elsewhere due to the lack of metal recycling foundries in the country.

What makes the UK economy better? Not digging for more non-renewable metals from the ground and sticking to the pieces we have. For the past few years, the UK has been producing a sufficient amount of metal scraps on an almost daily basis. But do you know what will happen when we use these scrapped pieces in railway and boat manufacturing? UK’s economic conditions will become better than ever before. Because switching to recycled metals will not only cut the cost to a fraction but will also dwindle pollution.

The rise of the metal scrap industry is remarkable in the UK as the country, on average, recycles around 12 million tons of metal each year. And Shravan Bansal is not only recycling metals but is also helping to boost UK’s economy through his company AD Leading Limited!