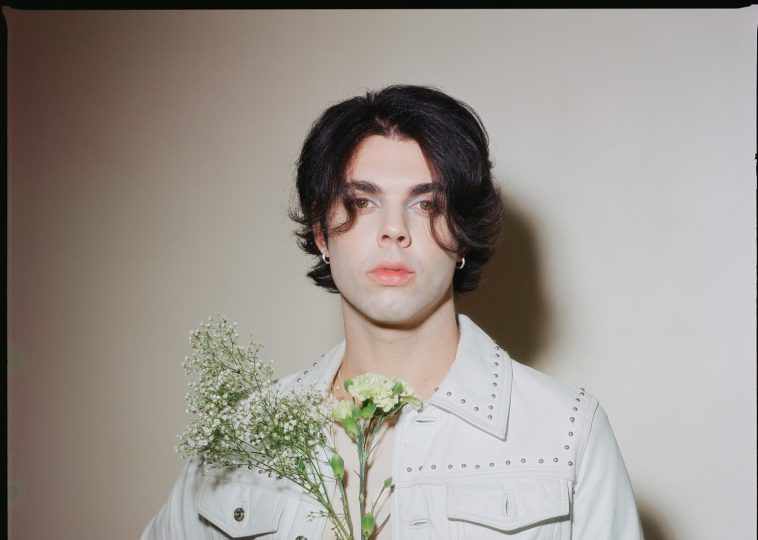 Glam rocker and alt rock prince Micky James has returned with a rambunctious alternative pop meets rock single.  Entitled “Not Okay,” the hopeful song details two people who found each other and developed a strong friendship after simultaneously being at a low point in their lives. The pandemic has been so difficult and Micky James reminds us all to reach out for help and find closeness and solace in others around us. He confides, “This song is a declaration to never give up. I want people to know that they are not alone and they’re not the first to go through it. Never be afraid to reach out and talk to someone.”

“Not Okay” thrills with an intense raw energy rarely found in today’s musical landscape. Through clashing melodic guitars, chugging bass and an arena worthy chorus, “Not Okay” is a thrilling and unforgettably encouraging new single.  Micky James has an uncanny ability to combine colliding genres and sounds for a bombastic explosion of sound that is still palpable, none of which is better shown than in his new single.

Influenced by classic rock bands including The Rolling Stones, David Bowie, and The Kinks, Micky James’ music is nostalgic and timeless, yet still fresh and unique. The fashionable artist burst onto the scene in 2018 with his riveting debut “Give It To Me Straight” and gained attention with his collaboration with pop rock trio DREAMERS.  Earlier this year, he released a live EP entitled Live At The Met- The Philadelphia Special, which he recorded during the pandemic without an audience to draw attention to the historical venue during hard times for music venues around the nation. With more music promised, we can’t wait to hear what is next from this talented riser.