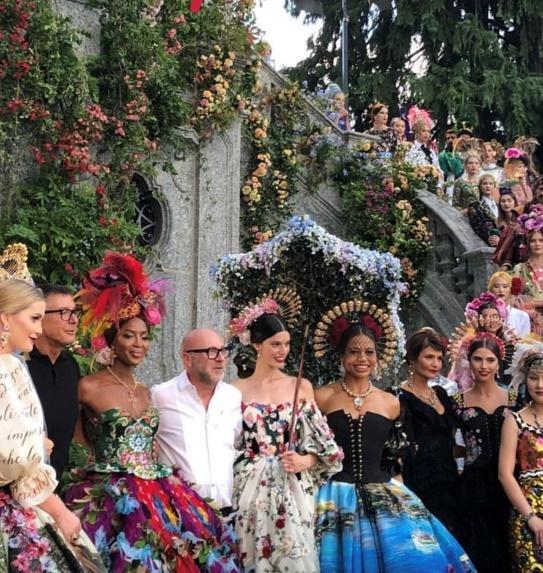 Hundreds of models compete for fame and glory on the catwalks and in the world of beautiful fashion. It is a difficult job that requires so much of a person, but it is made much more difficult because only a handful are chosen to join the ranks of supermodels such as Bella Hadid, Georgia Palmer, Natasha Poly, and Irina Shayk. Diana Galimullina, a future runway star, is now expected to wow people all over the world.

Galimullina made her Vogue Russia debut in 2010 and has since made several spectacular appearances for various designers and fashion labels, including Vivienne Westwood and Calzedonia. Her first huge break came on the way to another casting when her agency ordered her to leave everything and rush to Christopher Kane’s casting — the famed Scottish designer – on the way to another casting. She was signed on right away and went through a week-long agony that we believe all models must go through, trying on numerous make-up ideas, hair, accessories, and, of course, costumes. Galimullina ended Kane’s show and went on to work for some of the world’s most prestigious fashion houses, including Versace, Armani, and Dolce & Gabbana.

Galimullina stated that she was ecstatic when she learned she would be working with Dolce & Gabbana. Even now, when she has to work for the company, she is ecstatic since their show is always so fantastic. She claims that their costumes, exalted location, and model line-up are always on point.

The call time for the D&G show is normally fairly early because most of the time, there are about 100 looks at the show, and most of the looks have accessories such as a flower crown or actual gold crowns and other headpieces that take time to put on the models’ hair.

One hour before the event, the team begins calling all of the models to line up so that they know who is ready and who is not. And it’s at this point that you notice the collection the designers were working on in one line, which takes your breath away. Their couture collections are always works of art.

Galimullina stated that as the show began, everyone walked their own catwalk, and then it was time for the finale. Typically, for the finale, models walk out on stage in a line or one by one, then return to the backstage area. However, in her time, the designers wanted them to walk out, but after going up the steps, they were to wait until everyone was on the stairway and do the shots altogether. And in the center of the steps were designers with models like Naomi Campbell and Maye Musk; she came to a halt there while the rest of the models continued up the stairs.

Galimullina found she had been staying next to Icon Helena Christensen. Next to them were the collection’s final looks, which were large ball gowns. Photographers yelled, “Everyone goes closer to each other so we can take shots!”

When everyone got closer, Helena hugged Galimullina, and she hugged Helena back. Helena turned to Galimullina and requested, “Should we move this outfit and get closer to the designers?” The model replied, “YES!”

She got some stunning photos from a fashion industry star. It was her tenth time doing the Dolce & Gabbana fashion show, and it was a joyous occasion.