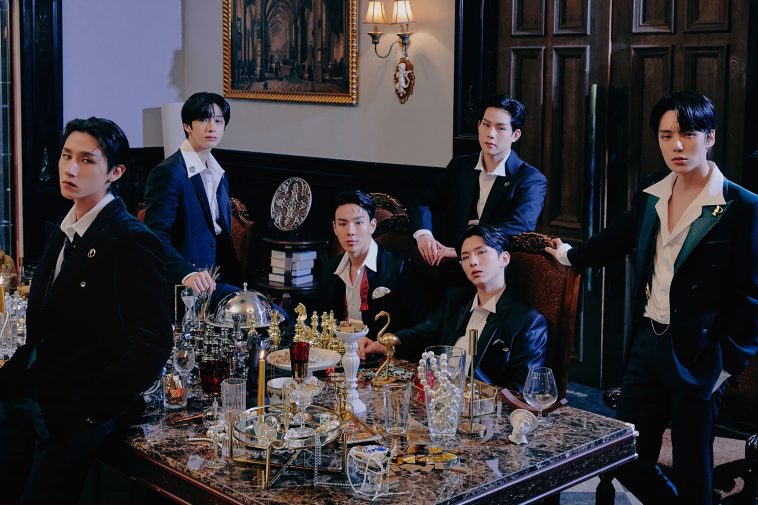 Monsta X have released their 9th Mini album and their first Korean album release of 2021. The album was released on 1st June.

Along with the mini album release, a music video for the title track ‘Gambler’ has been released. Which has 007 vibes. We absolutely love the theme of the music video.

‘One of a Kind’ is the first Monsta X Korean album release of 2021 following the previous release ‘Fatal Love’ in November 2020. #Monsta_X has been trending worldwide following the release of their new mini-album.

The title of the album ‘One of a Kind’ is meant to show the fierce style of Monsta X, highlighting teamwork that is stronger than ever along with movie style visuals that make the music videos super exciting to watch.

The lyrics refer to “love as a gamble.” This can be interpreted as someone being willing to gamble everything to be with a person, exploring a strong attraction and feeling that draw a person in where they are willing to place their bet on that one love. ‘Gambler’ is a song that compares temptation in love to a situation where a person is playing a game that could go either way. The music video showcases this message throughout. In addition to having a 007 gambling style theme. We think this song is super creative and is depicts the message in a really creative way.

The members composed, produced and wrote songs throughout the album extending their music making territory. We think this is amazing and the members have put so much work into the making of the mini-album.

After listening to the album we can really see the amount of blood, sweat and tears that have gone into making this breathtakingly amazing album.

STREAM THE ALBUM HERE ON SPOTIFY