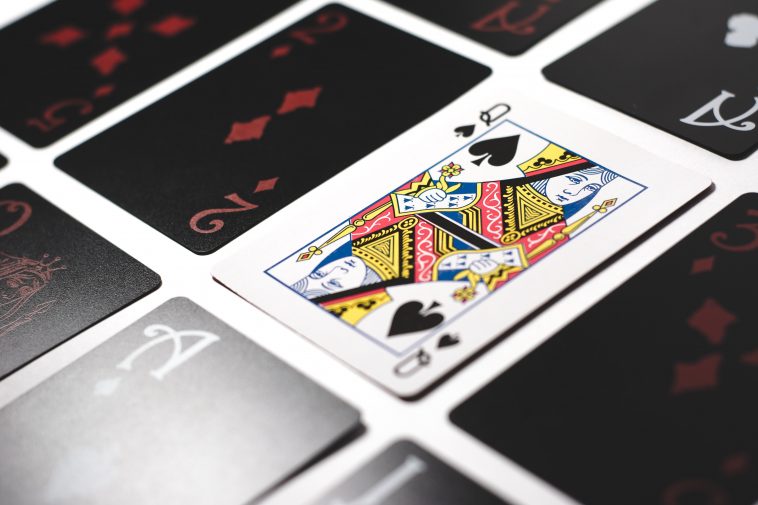 It’s a hard life being rich and famous, but luckily celebrities make up for the stress of their difficult jobs by letting loose and throwing extravagant parties. The public fascination with what goes on when all those A-listers are behind closed doors remains as high as ever.

But it’s not all boozy parties at the Playboy Mansion, and Oscar after-parties at the homes of Hollywood’s most powerful. In fact, many celebrities prefer to let loose by spending their weekends at the casino – or by hosting high stakes casino games of their own.

Here’s our list of the world-famous celebrities who love to party by playing live casino games.

When you think of celebrities who love casinos, George Clooney is likely to be the first name to come to mind. After all, his most iconic movie role is Danny Ocean in the Ocean’s trilogy – although in real life, he prefers to play at casinos, rather than plan a heist in them.

Casino games have been a lifelong passion for the actor, long before he became a household name in the 1990’s. But this doesn’t mean he’s particularly good at them; legend has it that his Ocean’s co-star Matt Damon once had to bail him out after he lost 25 hands in a row playing blackjack.

Clooney had the last laugh though – when he finally paid his Oscar winning friend back, he did so with a cheque saying “for lap dances”. How the bank cashier reacted when Matt Damon turned up with that cheque, we don’t know.

George Clooney and Matt Damon both share a love of casino games, to the extent that at one point, they were planning on opening a casino together on the Vegas strip. That fell through, but clearly their love of playing inspired the rest of the cast of the 2001 blockbuster.

Brad Pitt began playing slot machines and card games in-between filming that movie in Vegas and is apparently still a fan to this day. George Clooney clearly started a trend among his co-stars.

Speaking of Matt Damon, his famous best friend also likes joining him at luxury Vegas resorts to let loose. But while Matt Damon is more of a casual Texas Hold ‘Em fan, Ben Affleck is in another league of player altogether.

He’s so good at Blackjack, in fact, that he’s famously banned for life from the Hard Rock Cafe in Las Vegas for winning too many big cash prizes. He once won $140,000 in a single sitting, but instead of taking his winnings, split them between the casino employees.

The next time he played there, he won $800,000 by playing three hands at the same time. In a 2016 interview he confessed that he’s so obsessed with blackjack he can now count cards without thinking – something which we do not recommend.

The actor has won several high stakes poker championships in California and has even put his skill to good use. In 2020, he raised more than $1.75 million for food banks with an online poker tournament, attended by stars including Adam Sandler, Bryan Cranston, Tom Brady and Jon Hamm.

The former Spider-Man actor famously lost to Ben Affleck in the California poker championships in 2004, but that hasn’t stopped him becoming one of the best A-list players. If you’ve seen the film Molly’s Game, then you may be surprised to learn that the celebrity poker player played by Michael Cera is inspired by Tobey Maguire.

But the poker tournaments the actor organised in the early 2000’s were even more high stakes than that film suggested. Actors including Leonardo DiCaprio and the aforementioned Affleck/Damon duo regularly played at the Los Angeles Viper Room every Tuesday night between 2005 and 2009.

Joined by other rich and powerful Hollywood players, the games were so intense that one participant said that “winning $20,000 felt like losing”. But not all players were good sports – at first, DiCaprio, the richest actor of the bunch, was squeamish about putting down the $5,000 buy-in needed to play.

To put that into perspective, he was worth $80 million at the time. Maguire’s poker parties are some of the most notorious casino parties in Hollywood history, and it’s really no surprise they inspired a hit film.

Some celebrities love the excitement of the casino so much they quit their day jobs to play professionally. That was the case with Jennifer Tilly; she received an Oscar nomination in 1994 and starred in hit movies like Liar Liar and Stuart Little just years later.

But eventually, she realised her true passion was actually on the poker table. In 2005, she won a World Series of Poker bracelet at a ladies’ Texas Hold’em event, beating 600 other players.

That same year, she said she was more interested in pursuing a professional poker career than acting, and by 2017, she’d earned nearly $1 million in total winnings.

For some celebrities, casino games can start as a casual thrill, but can become even more of an interest than making movies. Whether it’s letting loose in Vegas or organising their own casino tournaments, A-listers love the thrill of the casino – and that doesn’t look likely to change soon.