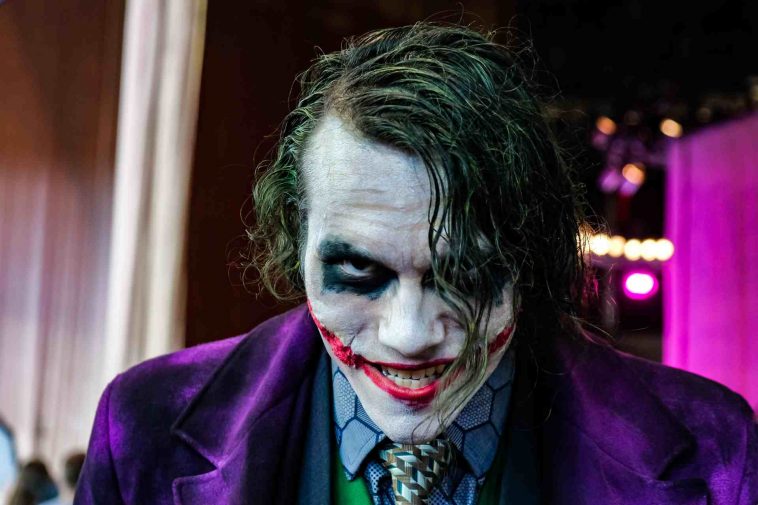 When we go to the movies we have a good time cheering on the hero or heroine. However, if we are honest, we have most fun watching as the super villain gets their comeuppance. There is just something delicious about good winning out over evil – and the more evil the character the better the feeling of satisfaction by the end of the movie.

Here we list some of the top movie villains of the big screen and consider why we love to hate them so much.

Probably the most sinister enemy of the Federation of all time, The Borg are an alien race that grows its population by assimilating other species. They move through space and strip the distinctiveness from humans and aliens alike, turning them into cybernetic humanoids. This race of part biological element and part robot is led by a queen who controls the dingle consciousness that runs through the race.

The Borg are a supervillain race that coined the phrase “resistance is futile”. Whenever one of the cubes appeared on the sensors of a starship vessel, fans felt a wave of anxiety.

The Daleks and the Cybermen – Doctor Who

Although we celebrate Star Trek’s ability to create a cybernetic threat, we must give the ultimate accolade for this villain to Doctor Who. The Daleks famous line “Exterminate” was far more terrifying to a whole generation – as their toilet plunger noses span around ruthlessly. When you see it written like this you wonder why you were scared, but trust us, they were genuinely terrifying behind-the-sofa-super-villains.

Yet, the Cybermen took this to a whole new level. These were humans turned to robots just like The Borg – but the human consciousness was still aware in the cold, ruthless shell of the robot. So, not only were these ruthless destroyers of worlds, who swarm attacked, but there was such a pathos to their existence. To be turned into a cyberman was far worse that being destroyed by one.

If you found the cybermen confusing, then let’s introduce Catwoman to the mix. A lot of the time she is the arch enemy of Batwoman but sometimes she is a hero too. DC Comics do like to mix it up with their antihero approach – just look at how The Joker elicits a massive amount of sympathy in the latest film with Joaquin Phoenix – people almost accepted that killing was a natural extension to the horror of his life. A villain who’s been portrayed as charismatic, full of surprises and who loves to partry. Borgata also highlights a few interesting facts about this villain.

The reason we went for Catwomman, who has equally hit hard times, is that she seems to have so much fun. Sure her actions are always a little morally ambiguous but she is not so dull as Batman – right?

With Cersei we are smack bang in the middle of the most despised women on screen. While she might not yet have made it to the big screen, Game of Thrones is epic enough to be included in this list. Cersei Lannister is a complete sociopath and narcissist who will do literally anything to gain or keep power. There is also the dodgy relationship with her brother! However, the height of her evilness came when she was happy to lock-down her city and watch millions sacrificed as she sat safely in her tower.

Yet, as always with the greatest super villains, we didn’t celebrate when her end came. The best evil is always counterbalanced with some pathos, as we begin to understand some of her vulnerability. Without this added dimension, the villain becomes a cartoon character and uninspiring.

Imagine being so evil that people are afraid to say your name. Your reputation is sealed as you become “he who cannot be named” and people live in fear of your mention. Voldemort, there we said it, is one of the great super villain creations of young adult fiction. The simple link to his snake is one thing but the fact he has no nose is another. Then, there is the terror he can evoke is some other genuinely disgusting magical beings – such as Draco Malfoy. The need for all to pledge themselves to this dark lord only adds to his power.

The final battle between Harry Potter and Voldemort has to be one of the greatest good versus evil wars of all time. The scale, as was fitting, was epic.

Sherlock Holmes has been brought to the big screen more times than most hero detectives. While he had a number of foes in his time as the good guy, there was none so evil and slippery as Moriarty. We rarely caught a glimpse of this villain and more often saw the consequences of his actions. What made Moriarty so sinister was his genius and that he could out think the brilliance of our hero.

The psychological battle between these two characters is what makes Moriarty such an intriguing villain. The moral line between good and evil is blurred often in this relationship and that is what makes it so great.