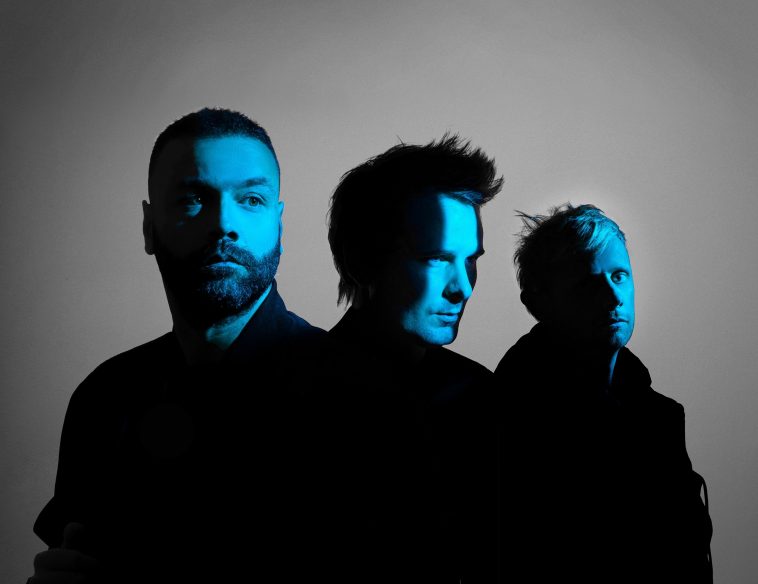 British rock band Muse drop their 9th album ‘Will Of The People’ this week, along with the music video for their latest single ‘You Make Me Feel Like It’s Halloween’.

Released to widespread critical acclaim for “its audacious ambition and reflection of a world in flux”, the 10-track album – which features the singles ‘Won’t Stand Down’, ‘Compliance’, the title track ‘Will Of The People’ and ‘Kill Or Be Killed’ – has been entirely self-produced by the band and serves as the follow up to 2018’s ’Stimulation Theory’.

In celebration of the albums release the trio – made up of Matt Bellamy, Dominic Howard and Chris Wolstenholme – share the music video for their latest single ‘You Make Me Feel Like It’s Halloween’ directed by Tom Teller.

Set inside a huge, haunted mansion the super dramatic clip references some of cinemas most iconic and legendary horror movies, including The Shining, Friday The 13th, Scream, It, Carrie, The Running Man, Poltergeist, Christine, and Nightmares In The Sky, and sees Bellany, Howard and Wolstenholme appear throughout as sinister framed portraits which adorn the walls of the spook-filled property.

Watch the official music video for ‘You Make Me Feel Like It’s Halloween’ below:

As well as gifting fans new music, the band have also announced details of their summer 2023 Will of the People UK Stadium Tour, which will see them play to huge audiences in Plymouth, Huddersfield, Glasgow and Milton Keynes. The lads will be joined at all dates, bar Glasgow, by Royal Blood who will serve as special guests throughout the tour. Tickets for all shows are on general sale and are available now.

‘Will Of The People’ is available to download / stream now.

Let us know your thoughts on Muse over on Twitter @CelebMix now!