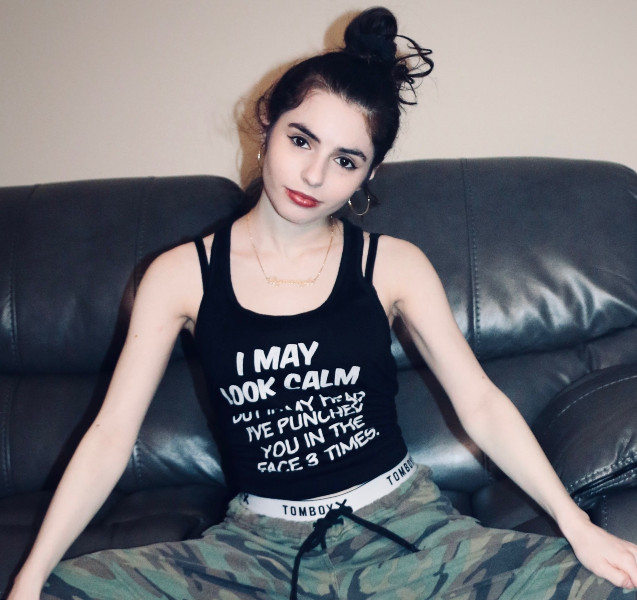 Los Angeles-based neo-soul/R&B/pop artist Dynamyte introduces her brand-new single, “I Don’t Like You,” a song about the puzzling attraction to someone you dislike.

Originally from Boston, Dynamyte refined her wickedly smoldering voice after working with a producer who encouraged her to highlight the innate, sensual raspy tones of her voice. Later, once she heard Amy Winehouse, she comprehended the magnetism of Winehouse’s unique timbres, scope, visceral edginess, and authenticity.

As her own distinctive vocal sound evolved, Dynamyte’s voice conveyed flavors reminiscent of Winehouse and Gwen Stefani, at once lusciously rasping and fiercely irresistible.

Separated by one year of age, she and her brother Michael performed and toured as Michael & Marisa, sharing the stage with David Archuleta, Cody Simpson, Greyson Chance, Drake Bell, Mitchell Musso, and UK band Rixton (now Push Baby), as well as Ariana Grande and Christina Perri.

Not only does Dynamyte have a dynamite voice, but she holds a second-degree black belt in Tae Kwon Do and is a marvel on the drums. Her name – Dynamyte – came from the first time she ever entered a recording studio – explosive as all get-out, enveloped in an aura of hyperactive energy.

Since embarking as a solo artist, Dynamyte began by covering songs on Instagram, which amassed huge attention, followed by exploding on TikTok, going from 12 followers to more than one million views almost overnight.

Dynamyte explains her unprecedented momentum, sharing, “It was a perfect storm of those Instagram videos and the so-called instructional video, a truly weird miracle that happened just as I was about to drop ‘Show Me You.’”

Nothing short of phenomenal, her skyrocketing ascendance to renown was beyond belief to Dynamyte, who recalls writing in her journal, “I don’t know if anyone will like or even hear my music.”

“I Don’t Like You” opens on drawling, plunking colors flowing into a seductive R&B melody flavored with hints of soul and pop savors. A fat, rumbling bassline gives the tune cavernous ripples as Dynamyte’s scrumptious timbres infuses the lyrics with spellbinding textures.

“I built you up in my head, that was dumb / Honeymoon phase is the best part of love / Thought you were pretty great / When you were far away / All your perfections I just made ’em up / Son of a bitch I was blind to your flaws / Guess I’m the one to blame / Cuz I couldn’t see straight.”

Simultaneously alluring and deliciously satisfying, “I Don’t Like You” establishes Dynamyte as the heir apparent to Amy Winehouse.