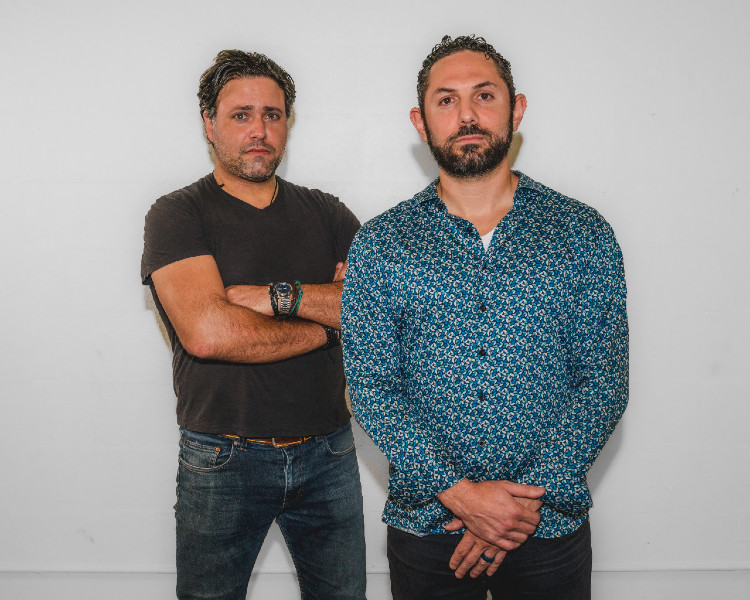 Indie-rock/indie-pop outfit The Dan Gootner Band introduces their brand-new track, “The Fox And The Hound.”

Vocalist Elie Ganz explains, “It’s a broken world we live in, where people judge and dismiss others based on differences. But children are pure. They just love. This is a song about two children who meet when they’re young, and they become friends. They eventually fall in love with one another. And all this time, their families are fighting this friendship, this love. Because in this world, this often sad and broken world, love doesn’t always win.”

“The Fox And The Hound” started off the way most Dan Gootner Band songs start. Elie sat down with a pen and paper while Dan played the chords he had come up with for a new song. In no time at all, these characters, their imagery, and their story spilled onto the page, and the song was born. “The Fox And The Hound.”

The Dan Gootner Band is the latest project from South Florida-based Daniel Gootner. Beyond featuring Elie Ganz on vocals, it involves an ever-rotating lineup of the best musicians in the area, with different guests from song to song. So far, The Dan Gootner Band has released a number of singles and EPs.

Talking about his sound, Dan told Upstream Indie, “I’ve been writing and performing for almost 20 years now. I’ve been in all kinds of bands, from Metal to Ska, and everything in between. I’ve always just wanted to play with good people and prioritized that over genre. But regardless of the band, I’d always describe my style as a blues guitar player. I can’t really get away from that even when I try, probably just from all the guitarists that had a big influence on me when I was a child.”

“The Fox And The Hound” opens on low-slung gleaming guitars topped by smooth, evocative vocals. When the rhythm enters, the song takes off, featuring crying guitars, a sparkling piano, and driving percussion. Elie’s deliciously inflected voice imbues the lyrics with melancholic flavors.

For some reason, “The Fox And The Hound” conjures up vague suggestions of the Allman Brothers’ “Jessica,” at once lush and creamy, yet pushing forward on beguiling layers of sound.

Wow! The Dan Gootner Band has it going on! “The Fox And The Hound” is one of the best songs of the year and should hit many ‘best of’ lists.