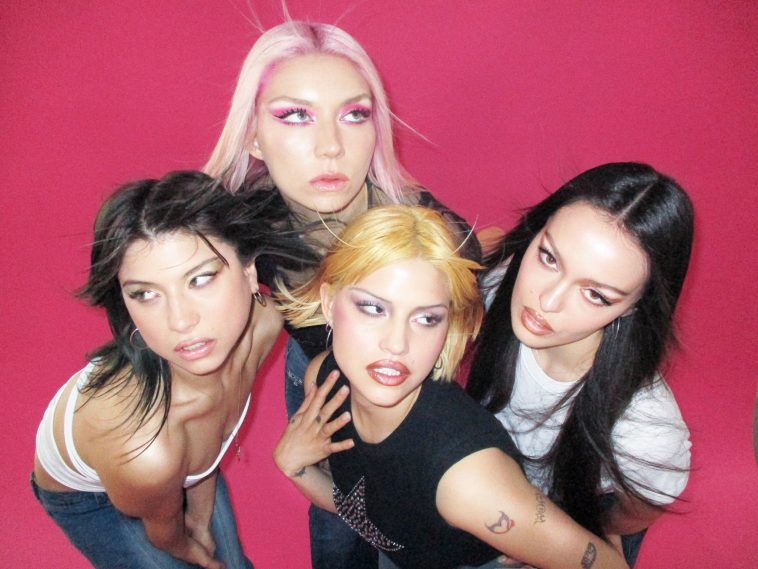 Four-piece band Nasty Cherry are back with their first new track of 2020 – the atmospheric ‘Shoulda Known Better’.

Written by the band along with production duo Noise Club, ‘Shoulda Known Better’ is a chaotic pop-rock release which packs a punch. Armed with nostalgic vibes, the track builds towards a high-energy chorus which perfectly showcases the fact that Nasty Cherry are not a band who play by the rules.

Speaking about the track, Nasty Cherry said: “‘Shoulda Known Better’ is a song about making dumb decisions despite knowing better. We wrote it in LA a couple of months ago, at a time we all felt we were falling for the same shit over and over. The vibe of ‘Shoulda Known Better’ is the angel and devil on your shoulder, simultaneously shout-singing at you, and you’re kind of enjoying it.”

Check out the official video, which was animated by fellow musician and multi-disciplinary artist, Du Blonde, below.

‘Shoulda Known Better’ is taken from Nasty Cherry’s forthcoming EP, which is set for release via Charli XCX’s Vroom Vroom Recordings this summer. The band, made up of singer Gabi Bechtel, guitarist Chloe Chaidez, bassist Georgia Somary and drummer Debbie Knox-Hewson, were discovered by the ‘1999’ singer last year.

The band were later the subjects of an eye-opening six-part Netflix docu-series, I’m With The Band: Nasty Cherry, which followed the highs and lows of forming and launching a thoroughly modern band. They unveiled their debut EP Season 1 last November, which was brought to life across sold out headline shows in both the UK and US.

‘Shoulda Known Better’ is available to download and stream now.

What do you think of ‘Shoulda Known Better’? Are you excited for their forthcoming EP? Let us know your thoughts on Nasty Cherry and their new single on Twitter @CelebMix