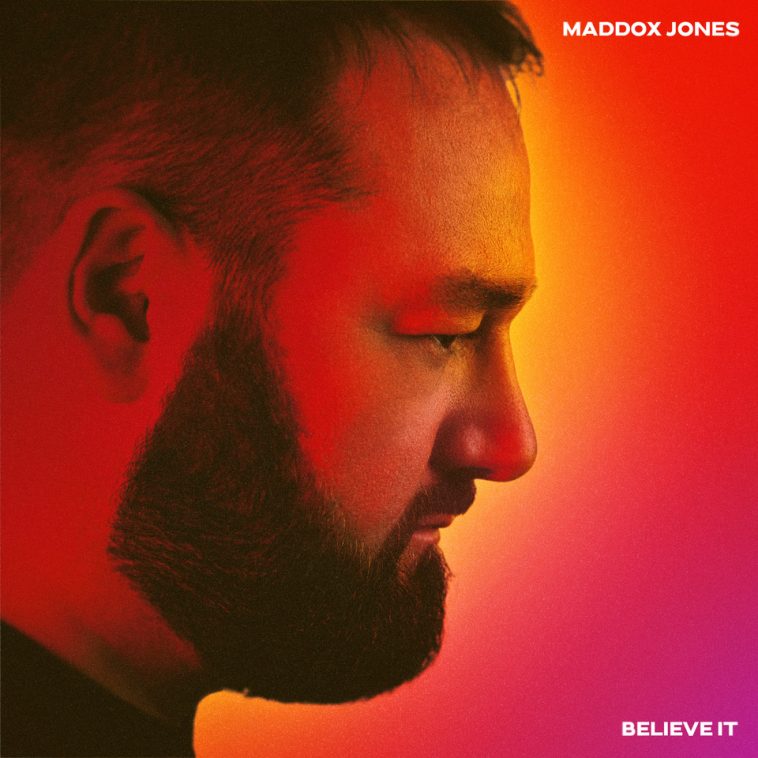 Tipped as One to Watch in 2022 by BBC Introducing Northampton, singer/songwriter Maddox Jones acclimates as a solo artist. With the release of his solo debut album ‘Believe It,’ Jones solidifies his place in the music scene.

Before his soaring solo career, Maddox Jones had four tracks in Top 40 hits with The Departure, supported The Killers and Placebo, and played at Reading and Leeds Festival and Glastonbury.

The first teaser of Jones’ new project, ‘Believe It,’ was ‘Ready To Be Better,’ the album opener guaranteed to be stuck in your head. As upbeat as the track is, Jones carries heavy emotion, documenting a moment of awakening and celebrating a human psyche’s continual evolution.

‘Believe It’ is an alt-pop record, vibrant with colors and inward-looking, introspective narrations. This record symbolizes the awakening of Maddox Jones as a solo artist and as a man going through the process of becoming himself, falling in love, and battling addiction. Throughout the entirety of the 12 tracks, the singer builds on his natural songwriting talent and documents his highs and lows.

Maddox Jones creates a record that goes beyond its singles ‘Ready To Be Better’ and ‘Make Me Yours.’  ‘How To Be Happy’ portrays Jones at his most vulnerable state, accompanied by an acoustic guitar and relatable contemplations about one’s happiness. Keeping the balance, ‘Power’ inhibits Jones’ vocal abilities on a sing-along chorus that has the means to be at the top of any empowering playlist.