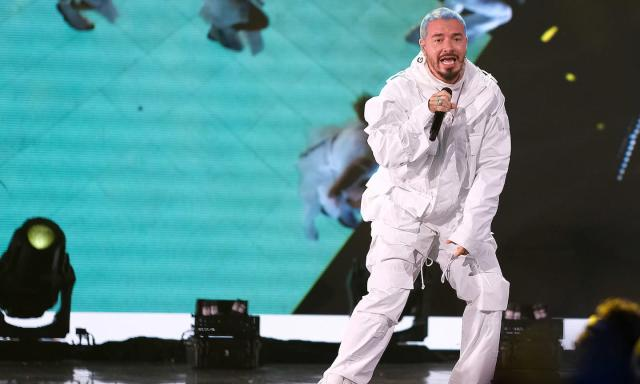 One of the world’s most accomplished and beloved music artists delivered a five-star performance at NFL Kickoff night on Sept. 8.

J Balvin had the honors of performing at Alamitos Beach in Long Beach. Fans in attendance had the honors of seeing the 37-year-old perform some of his biggest hits, including “Ritmo”, “In da Getto”, and “Amarillo.”

J Balvin made history by becoming the first ever Latin music artist to headline the NFL Kickoff Concert. It was an all-around historic and unforgettable night for one of the world’s most influential artists.

The kickoff game itself was an unexpected blowout, as the defending champion Los Angeles Rams were crushed 31-10 at SoFi Stadium by the Buffalo Bills. The Rams were undone by three interceptions on Matthew Stafford, who also took seven sacks from a resilient Buffalo pass rush. Week 1 itself was filled with plenty of pulse-pounding finishes that went down to the wire, namely the Pittsburgh Steelers-Cincinnati Bengals showdown that required overtime.

With the 2022 NFL season underway, fans in The Coal State can place wagers on the Steelers and Philadelphia Eagles games. New customers can also take advantage of the many special Pennsylvania sportsbook promo codes, including a risk-free bet of up to $1,000 from BetMGM, a $1,00 “No Sweat First Bet” from FanDuel and $200 in free wagers from DraftKings when you bet $5 on college football or the NFL.

With the Pennsylvania sportsbooks, football fans can place all sorts of different wagers such as money lines, over/under totals, futures (such as division and league champions and award winners) and point spreads.

The Steelers kicked off the post-Ben Roethlisberger era with a victory over the AFC North rival and defending AFC Champion Cincinnati Bengals.

Pittsburgh mustered only 267 yards of offense, but the defense forced five takeaways and sacked Joe Burrow seven times. The 2021 Comeback Player of the Year was intercepted four times by the opportunistic Pittsburgh defense.

The game, predictably, came down to special teams. Chris Boswell (Steelers) and Evan McPherson (Bengals) are two of the game’s most reliable kickers, but both of them struggled in the super windy conditions at Paycor Stadium.

Trailing 20-14 in the waning seconds of the fourth quarter, Burrow found Ja’Marr Chase for the apparent game-winning touchdown in the end zone. However, McPherson’s game-winning extra point attempt was blocked by Steelers safety Minkah Fitzpatrick.

In overtime, the Bengals marched deep into Steeler territory and gave McPherson another chance to play hero. However, the 2021 playoff hero badly missed wide left on a short 29-yard attempt.

The Steelers tried taking advantage of the Bengals’ miscue. A promising drive stalled at the Cincinnati 37, however, and Boswell missed a game-winning 55-yard attempt.

After the Steelers D forced a punt, Mitch Trubisky and company finally went to work in putting the game away. Pat Freiermuth made a pivotal 26-yard catch on 3rd-and-1 to move Pittsburgh into Cincinnati territory.

Pittsburgh finally put the game away when Boswell made good on a 53-yard attempt to ice the game. With that, the underdog Steelers moved to 3-0 for the third straight year.

Boswell’s heroics also helped Pittsburgh snap a three-game losing skid to the Bengals. This was Pittsburgh’s first win over Cincinnati since Week 10 of the 2021 season (a 36-10 victory at home).

The Steelers didn’t have the same magic for Week 2, however. They lost another defensive-dominated affair to the rival New England Patriots, while the Bengals dropped another last-second heartbreaker to the Dak Prescott-less Dallas Cowboys on the road.

Pittsburgh and Cincinnati won’t meet again until Week 11 on Nov. 20, this time at Acrisure Stadium on NBC’s “Sunday Night Football” program. By then, we’ll have a firm idea as to whether or not one or both teams are in the playoff race.

The Baltimore Ravens were the consensus favorite to win the AFC North at the start of the season, but a fourth quarter collapse against the Miami Dolphins in Week 2 caused them to drop their first game of the season.

All four AFC North clubs stood at 1-1 through two weeks. Needless to say, the division appears to be wide open for the third straight year.