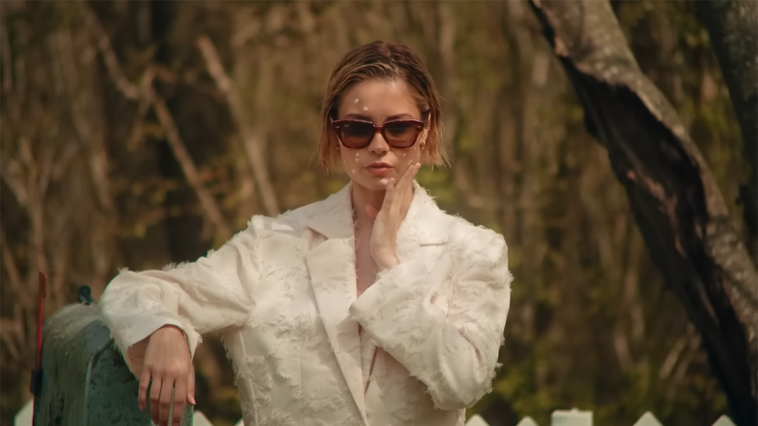 Nina Nesbitt is set to take her continuing rising star power to the next level with the release of her eagerly anticipated new album ‘Älskar’, due out in the first week of September 2nd. To coincide with the announcement, Nina gave fans a taste of her record with the new single ‘Pressure Makes Diamonds’

The new single ‘Pressure Makes Diamonds’ comes from a bright moment of the album, in which it showcases Nina’s refined alternative-pop sparkle and alluring effervescent melodies, which shine prominently through the quick-flowing freestyle of this song.

“I wrote ‘Pressure Makes Diamonds’ about trying to navigate my way through the societal pressures I started to feel as a woman in my mid-twenties,” Nina says on the release of the song.

‘Pressure Makes Diamonds’ is a song that offers a lot of contrast: Its sound offers an immediately catchy and fun, expression full of a powerful message: the stereotypical expectations that so many young women are expected to conform to as they reach their mid-twenties.

The video offers a lighter tone to deliver Nina’s point. In which, Nina plays a host of stereotypical female characters which are all common in fiction, but which are closer to one-dimensional clichés than they are to real people. By playing such a range of characters, Nina is able to deliver a notion that everyone is infinitely more nuanced than such limited tropes suggest.