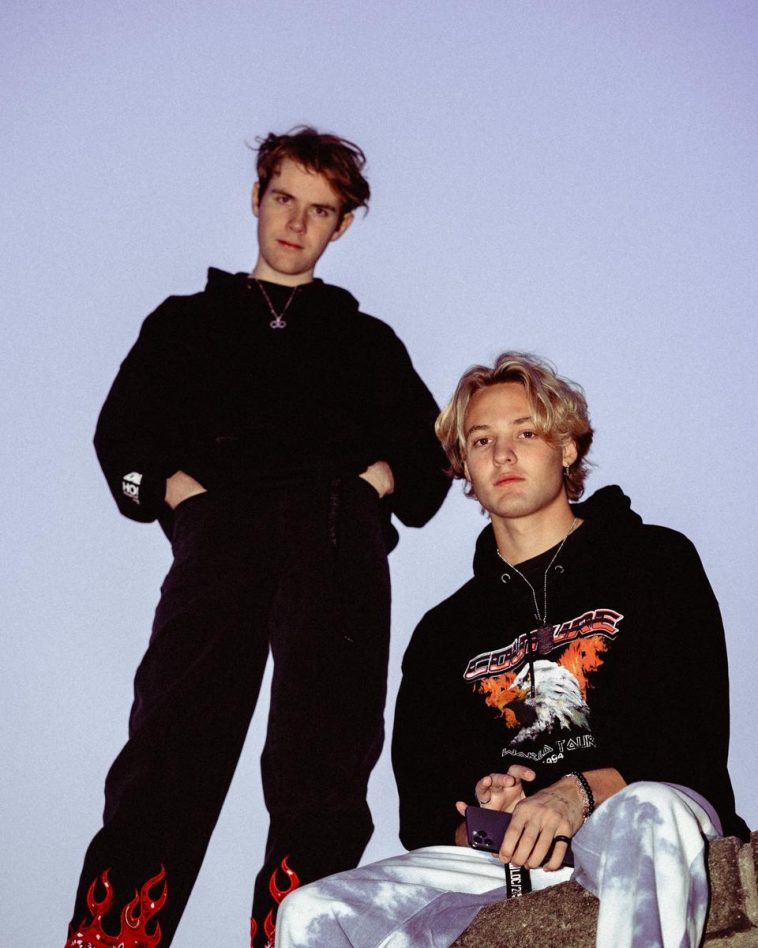 Sweden is to EDM as Norway is to black metal. The Nordic country has been one of the most consistent at churning out innovators of club music from the likes of Avicci, Swedish House Mafia and Alesso, to Sebastian Ingrosso, Steve Angello and Axwell. “A lot of our idols are from here, and it makes us proud to be Swedish and a part of the Swedish music scene”, says Samuel Brandt and Tobias Danielsson – better known as NOTD, the latest sensation from the home of the Northern Lights.

The fresh-faced duo started out like many of their peers; releasing official remixes for the top echelons of the pop world, which for this pair included Ed Sheeran, Rihanna, Shawn Mendes and Demi Lovato. After the whirlwind success of their coveted remixes, NOTD entered the next stage in what was already a decorated career: releasing original records.

The first taste of the duo’s next chapter was their hugely successful 2018 collaboration with Bea Miller, ‘I Wanna Know’, which went on to receive Platinum status in the US, Australia, Norway, Sweden and Canada – staying true to their home nation’s notoriety for producing successful DJs. The following year, the pair dropped ‘So Close’ – a collaboration with Felix Jaehn, Georgia Ku and Captain Cuts – which has earned Gold status in the US, Sweden, Canada, Norway and Australia. NOTD ended 2019 with 1 billion global streams and face muscles sore from smiling.

Two months ago, and following the success of their record with Astrid S titled ‘I Don’t Know Why’ which has garnered over 25M streams, NOTD teamed up with Scottish-Swedish singer-songwriter – and CelebMix favourite – Nina Nesbitt for their single ‘Cry Dancing’. “We’ve been big fans of Nina for a long time now and it was really cool to be able to do this song with her- it just felt like the perfect song for this time.”

Nina had previously stated that one of the reasons she chose NOTD for this collaboration was down to the fact that she was getting back in touch with her Swedish roots. “We actually spoke to her on zoom a few weeks before we started work on the track and she could already say a few Swedish words which was really cool. We are going to meet her soon and then we can teach her some more.”

While eagerly awaiting their meet up with Nina, the band performed a socially distanced show in the Swedish capital, Stockholm with two of their long-time friends Mia and Sofia. “We performed one song with each of them and it was really cool to have them there playing our songs with us, as we are really close with both of them. We’ve done sessions with both of them before and so to do this was just another great opportunity.”

However, the duo was quick to let us know that they hoped to be back playing proper shows next year. “We can’t wait to get back out there and start playing for all of our fans again and meeting them at the shows, but for the time being, this is just how it is right now. We are all in the same boat just now and just have to accept it and so the socially distanced shows work to an extent, but we are definitely hyped to get back out there and play some huge ones.”

Our conversation then shifted to the widely viewed vlogs that the pair have been posting on YouTube, where they talk fans through the production process of their tracks. “It’s fun to connect with our fans in a different way and show them not only who we are as artists, but as people too- they have been a lot of fun to make. The reason we started the vlogs was just to show people how we work and what we do on a daily basis, which has been really fun to let people in on.”

The duo also gave fans the opportunity to send in their own tracks, which they then listened to, and gave feedback on during an Instagram live session. “We had a lot of fun doing that! There was a whole bunch of great songs that were sent in and we were blown away by almost all of the tracks. We want to say a big shout out to everyone who got involved.”

Prior to the interview, we had been scrolling through NOTD’s socials and stumbled upon an obvious obsession with Vans trainers. “In the beginning, we just thought they were really comfortable shoes to wear. We have switched it up a little bit but recently we both started skating again and Vans are just the perfect trainer for it.” We then suggested the idea that they should perhaps go for broke and request a sponsorship- who wouldn’t want free Vans for life? “That would be incredible.”

We also noticed that when it comes to guitars, Fender seems to be their go-to choice. “I don’t think there’s any particular reason why we choose to play Fenders other than the fact that they are such incredible guitars. From the start, we both just seem to have really connected with their instruments and we have always found something really special about them. When we are in the studio recording our tracks, the Fender sound just always seems to be the perfect fit for us.”

And on Tobias’ blue telecaster, we have noticed various scribbles that he has engraved across its body. “To be honest, it’s just a bunch of random stuff. I love to write things on my guitars and my shoes. Some of the writing is taken from tattoos that I have and some of it is just random ideas that I found on Pinterest. It just gives the guitar a little extra style.”

Tobias Danielsson and Samuel Brandt are two of the most laid back, humble artists that we have had the pleasure of speaking to, and are clear heirs to Sweden’s highly regarded EDM throne.

For the latest on NOTD:

Are you vibing with ‘Cry Dancing’? Let us know on Twitter @CelebMix!