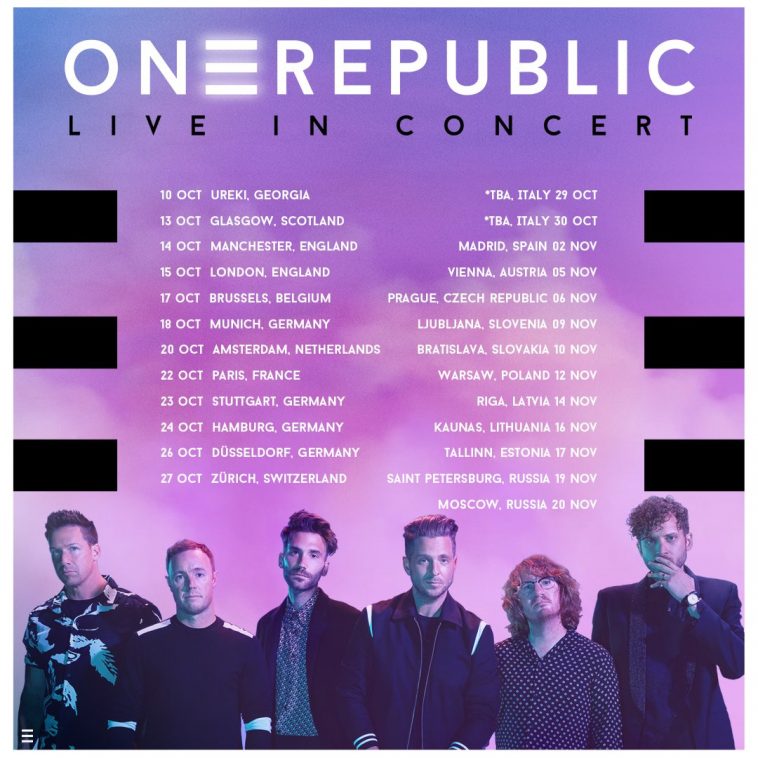 Ahead of their intimate European tour this March, OneRepublic have today confirmed a bigger tour which will take place later this year.

Kicking off in Georgia on October 10, the band will be playing shows in cities including Amsterdam, Hamburg, Madrid and Warsaw, before finishing off in Moscow on November 10. The tour also includes three UK dates, with the band set to perform in Glasgow, Manchester and London.

Tickets for the tour will go on sale at 9am GMT / 10am CET next Friday (March 6). For more information and a detailed list of venues, head to OneRepublic’s website.

OneRepublic will be heading to Europe this March for their intimate tour, beginning with a show in Paris on March 2. The sold-out five-date tour will continue with performances in Cologne, Milan, and Utrecht before finishing off at London’s Palladium on March 10.

Known for putting on electric performances, their tour is one not to be missed so make sure you set your alarms for next Friday and bag your OneRepublic tickets!

Will you be going to see OneRepublic on their European tour? Share your excitement with us and let us know where you’ll be seeing them on Twitter @CelebMix