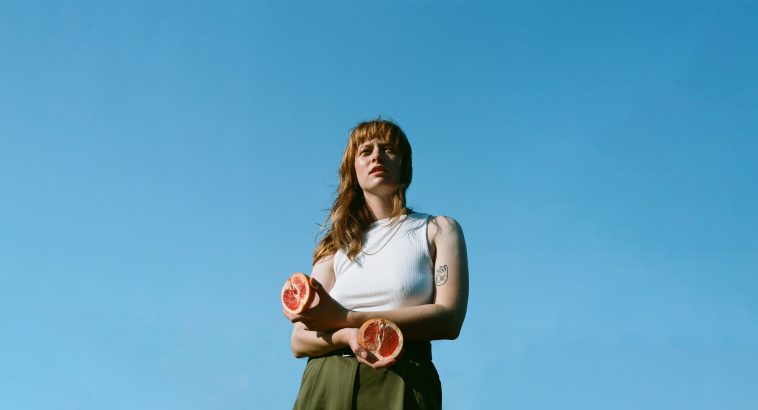 Orla Gartland has released her stunning new single ‘Pretending’; the first single to be taken from her forthcoming debut album which is set for release in 2021.

Written and co-produced by Orla and frequent collaborator Tom Stafford, the singer-songwriter who has previously written for BTS and XYLO explains “Conversations with strangers are exhausting when everyone’s playing a part and God knows I’ve been guilty of it,” She continues “Pretending’ is a song about being done with putting on an act for other people. I worked on the song a lot over lockdown and really valued the time I had to pour into it, though it did feel odd to work on a song about being at a party when parties feel like a distant memory. I wanted the heart of the song to feel like you’ve separated yourself from the group and cut away all the chaos around you, only to be left with your own voice.”.

The ‘Pretending’ video is the directorial debut for Rosie Brear and sees an array of characters coming and going who are seemingly have the greatest time, which is just a façade. Singing of finally being done with pretending to be something she isn’t, liking things to make people happy and just not being the authentic version of herself; Orla’s vocals once again are the focus of the track. Thought provoking lyrics such as ‘All of my heroes are way more sad than me’ expressing that the sadder you are the more interesting you become to other people who pay you attention to you or listen to your story. ‘I’m so fucking self aware, it’s exhausting‘ is the powerful, standout lyric of the track, as the story telling video helps us gain an insight into how draining it can be to know yourself so well even when trying to hide it from others.

As the song progresses, Orla stops caring about pretending what people think as the tone changes and lyrics such as ‘I don’t really care anymore and if you listen real close you might just hear the penny drop on the floor’ show she’s done with supressing these feelings. When the video closes, we’re taken to the view of a different character, seeing that they’ve been pretending throughout too as the viewer is left wondering who else has been putting on an act. Spoiler: It’s probably every single character we’ve been introduced to during the video!

To date Orla Gartland has released two EPs; Why Am I Like This? and Freckle Season which was released earlier this year. Through the attention and support gained through these releases it has seen her go on to achieve over 45 million Spotify streams, performing shows with likes of Sigrid and Dodie along the way but most notably selling out a headline show at Scala in London.

To keep her fans up to date with the album progress, Orla is sharing her progress on her ‘Secret Demo Club’ Patreon page, fans can sign up and gain access to unheard demos and more. Last month an exclusive ‘Orla Makes An Album’ podcast pilot was posted on there, in which the singer-songwriter details the creative process behind the track which came about following ‘An idea a day for the month of May’. We loved hearing earlier versions of ‘Pretending’ before it came to be what it is today and hearing the beat boxing outro which didn’t make the final cut. Find out more here.