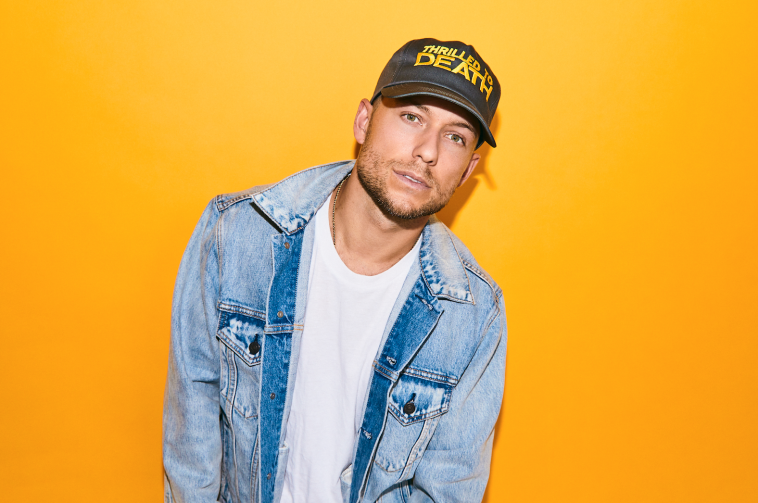 How did ‘Once More’ and the overall collaboration between you both come about?

Dylan: After doing our first track “In My Head” together years ago, we’d been wanting to work together again for a while. I hit up Georgia and we got in the studio together finally, with another great writer Noé and my friends Wes and Connor, and it was such a quick easy and natural vibe. Noé had the idea for a track about “coming back once more,” so we wrote around that, laid down the chords and structure, and then I finished building out all the production and here we are!

Georgia: I’ve known Dylan for a few years after our first collab on “In My Head.” He had reached out about working together again so we set up a session where we wrote “Once More.”

What would you say is the track’s overall message or theme?

D: For me, this track is about how you keep coming back to someone even though you don’t want to, and this person is inescapable even though it’s potentially toxic. Might not be super clear, but it’ definitely hinted at…and that feeling when you can’t get away from them.

G: I feel like everyone has or had that person who they knew were no good but they just kept going back to them & they’re torn between their head and their heart!

How has this particular collaboration differed from others you have taken part in?

D: This is the first time I’ve worked with another singer/songwriter a second time actually. We had such a great chemistry last time that on this one it came together so fast and so fluidly, so I feel like it was one of the easiest collaborations I’ve done.

G: I think because Dylan and I have collaborated before it just flowed really easy for sure, there was no pressure but we knew we could make another great song together.

Is there anyone else you would both like to work with in the future? If so, who?

D: I’d love to work with Odesza actually and think they’ve got such a unique vibe.

G: There’s loads of people I want to work with still but don’t want to jinx those! What I’d really love is to keep putting out music with people I love. I’ve gotten to write & release songs with so many of my friends and it’s so important to have good energy and chemistry when collaborating.

D: I wanted to go with a vapor wave theme for both the video and the full EP I’m releasing, so everything will have a very similar look and feel. The video is a play on the theme of the song and coming back to the same person you can’t get away from, it was so fun to shoot with Georgia because she’s a star.

G: Dylan and his team came to me with the concept and I loved the colors and aesthetic that they were going for. It was fun having both of our teams there creating something cool and hanging out!

Thank you, Party Favor and Georgia Ku, for chatting with CelebMix!

Listen to ‘Once More’ here.