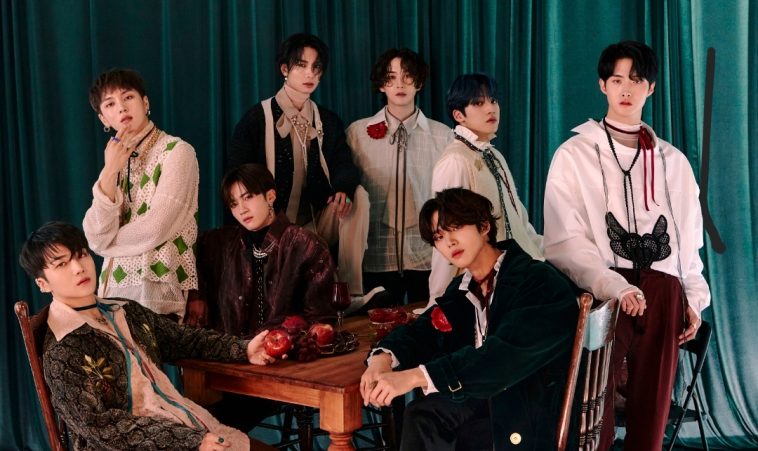 Monday 24th January was comeback day for KPOP group PENTAGON. ‘IN:VITE U’ is the title of their 12th mini-album. We are definitely loving it so far. The mini-album has a combined meaning of ‘Invite and Vite’. The meaning behind this is quickly with the enticing catchphrase surrounding “PENTAGON’s invitation to a new world, and quickly falling for you who I met there”. We think this is certainly and amazing concept within the PENTAGON universe.

All 6 of the tracks are written and composed by the PENTAGON members. This demonstrates a massive level of authenticity to the songs. It is obvious from our point of view that the lyrics of each song from the album mean so much to the members.

The first track on the mini-album is ‘Feelin’ Like’ which is the title track of the mini-album. In which, a music video has been released for this track. The visuals from the video are very aesthetic, but at the same time have the upbeat edge. The music video shows objects that express ‘temptation’. This very inviting concept fits perfectly with the name of the album.

The track itself is a upbeat mix of pop and R&B. We absolutely love the sound of this song. It is a track that is uplifting and provides a feel good mood for the listeners. With this combination of the two genres, it provides a catchy song that draws listeners in from the get go.

The second track on the mini-album is called ‘One Shot’. The genre for this song is of the Alternative rock genre. The track provides the listener with a glamourous style of hard rock. The guitar riff has listers hooked. The theme of the track is ‘You’. This allows listeners to interpret the track in their own way. In which we think, this is certainly an amazing track that makes the listener feel included.

The third track on the mini-album is ‘The Game’, which is a glitch synth and rock sound, with a hint of electronic. These sounds make for a perfect mix. The track compares happenings within life to a game. It also demonstrates how PENTAGON always has a positive attitude no matter what. The lyrics are very catchy and allows us to see Pentagon in a different light.

The fourth track on the mini-album is called ‘Call My Name’. KINO’s and producer KimZon who has experimented with different genres of music joined forces again to create this track. This track focuses on the friction of the lips when a name is being called. This adds on to KINO’s previously released mixtape song ‘Voicegasm’. Taking the emotion further to create a story that is more in depth surrounding the two songs.

The fifth track on the mini-album is called ‘Sparkling Night’ which is about a ‘Ferris wheel that is at a theme park on the beach’. There is also the added aspect of it being under a night sky with a lot of stars above. The track has a emotional interpretation. On a Ferris wheel there is the element of being on top of the world, however, when the ride is finished the time is up. However, the feeling of not wanting to get off of the ride because the scenery has been beautiful is present. In terms of a relationship based interpretation it is about breaking up but not wanting the relationship to end.

The final track is called ‘BAD’, has an interpretation surrounding a breakup story. The person is very considerate so wishes the other persons happiness. The aim of the song is to provide a comfort blanket to soothe anyone going through heartbreak. We think this is and amazing message for a song to have.

We are absolutely loving PENTAGON’s new mini-album so far. The concept is exciting and takes us on a journey.