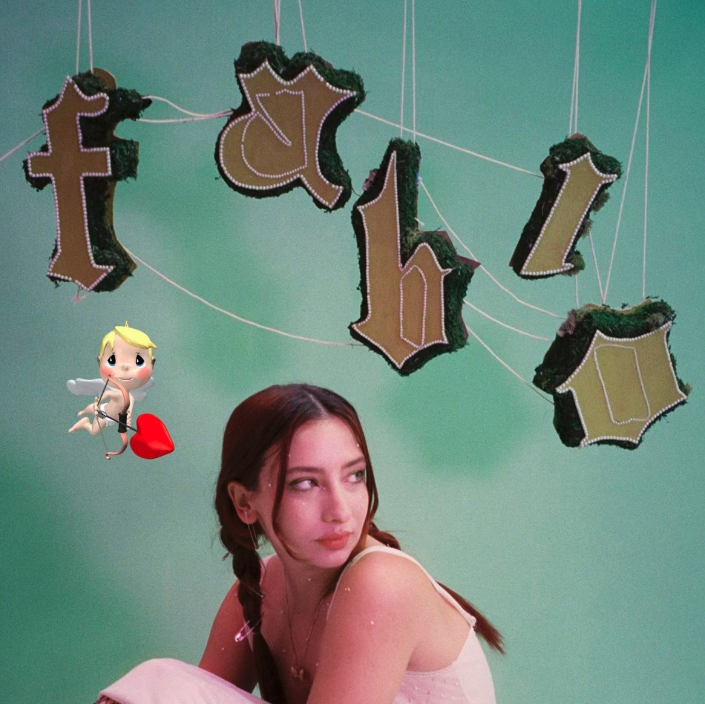 Congratulations on the release of your newest song! How does it feel to look back upon ‘FABIO’ now that it is out?

I’m SHOCKED at the amount of playlisting it’s been getting! I knew it was a great song, but it’s very validating when playlists that I love have my song on their lineup.

Did you learn anything about yourself whilst working with Teddy Geiger on the song?

What is ‘FABIO’ about and what does the song’s title represent to you personally?

The song is about guys who are nice to you because they want to sleep with you, not because they are being nice for the sake of being nice. I went out with a guy like that who had long hair and he would flick it back all the time as if he was the model Fabio, so I nicknamed him Fabio. :)

What was the inspiration for the music video and what was it like shooting it?

The inspiration for the music video came from adult cartoons and the exaggerated nature of camp films. It was so fun shooting the video, even though we got kicked out of the amusement park for giving them a “bad look” for carrying a dressed-up blow-up doll around.

That’s a great question! With me, I let it fly. If I have something to say, you’ll absolutely know. We’re only on earth for a blip of time and that’s why I put so much effort into making my words count.

What would you like listeners to take away from ‘FABIO’ – lyrically, story or message-wise?

Having hope that someone is good on the inside, and then finding out that belief is wrong, is part of being human but it has nothing to do with you being stupid and everything to do with the other person.

Now that ‘FABIO’ is out, are there any other topics you want to touch on through your music?

Oh, I’m far from finished! I have so much I need to say. You’ll have to stay tuned to find out who my next muse is. :)

How do you think you’ve grown as an artist since the release of your debut EP She Told Me To Sing My Heart Out?

I think I’m a lot more self-sufficient and am more comfortable doing business-related things on my own.

What can your fans look forward to coming up next?

ANOTHER SINGLE WITH TEDDY