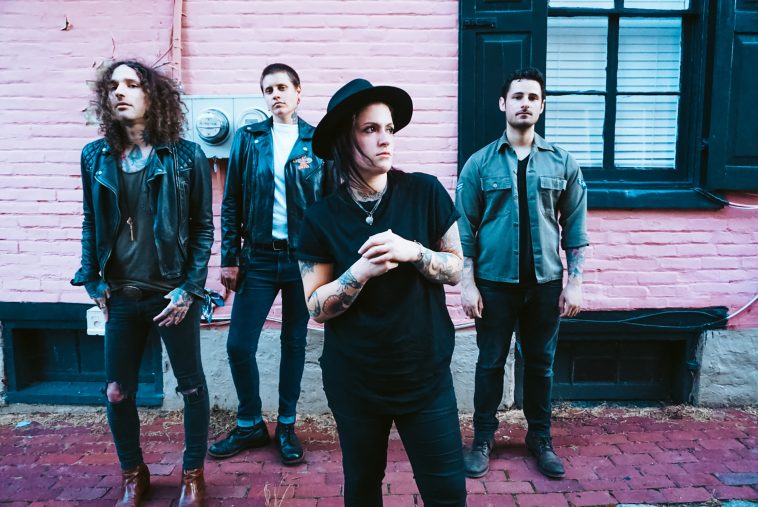 “Honesty” profiles relationship issues when one partner is putting forth more effort than the other.  The song is about that relatable feeling when we want to dive into love but our own issues are holding us back from being able to realize true intimacy.

Bassist Adam Jessamine confides, “Honesty circles around the hurt that comes from being in a relationship wanting to be loved but not ready to open yourself up to the idea of love and the moment you recognize your partner is trying to hold you up through your own personal battles, but it’s far too much weight for them to carry.”

The four-piece known as PHTNMS is Alyssa Gambino, Adam Jessamine, Mikal Smith, and Gene Murphy.  Recognized for their invigorating live performances, the band has opened for the likes of The 1975, Bastille, Kings of Lean, and Fitz & The Tantrums among others.

PHNTMS is led by singer Gambino who captivates audiences with her rock vocals that can only be described as Ann Wilson meets Hayley Williams with a dash of Janis Joplin.  The musical force creates alt rock that is influenced by soul music of the 60s as well as 70s arena rock.

Their debut EP is set for release late summer and features six tracks of gritty rock exploring existential themes.  Half of the band is queer and they are one of the few well known alt rock collectives who openly discuss lesbian relationships in their music.

Drummer Gene Murphy says, “We openly talk about lesbian relationships in our music and we want to bring hope to anyone who is in the closet and doesn’t feel safe coming out. Whether you are out as queer or not, your identity is valid and if our music helps you escape heteronormativity for a brief moment.”

PHNTMS are poised to be one of the most exciting bands of the year.  Take a listen to “Honesty” and enjoy the ride. Keep up-to-date with PHNTMS on their Instagram!