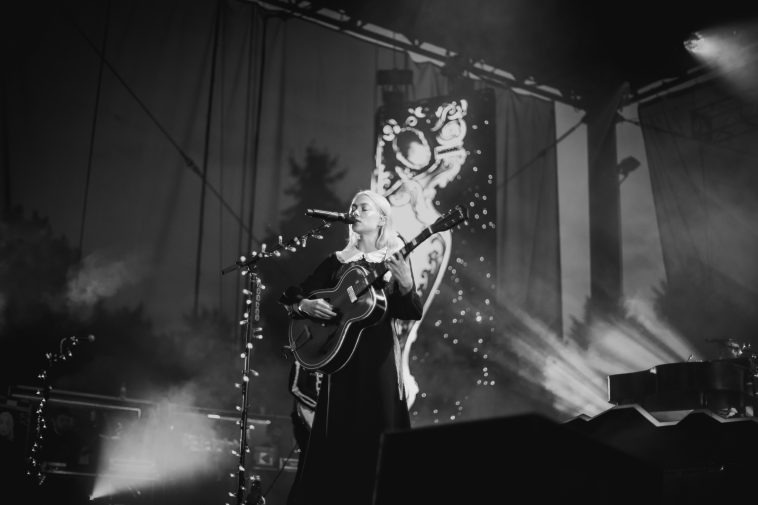 Currently known as one of the biggest indie artists at the moment, Phoebe Bridgers, brought her 2022 world tour to Marymoor Park, ready to perform in front of a sold-out crowd.

Within the past three years, Bridgers has skyrocketed into the indie music scene and made her presence known. What stands out most about Bridgers is, accompanied by her angelic vocals, her songwriting shines through. Bridgers’ performance was supplemented with commentary that showcased her charismatic personality and an interior persona that radiates just like her whimsical on-stage setup. The setup included all sides of the stage and constantly changed throughout the set.

Bridgers provides comfort to her fans by indulging in vulnerability and empathy. The 28-year-old singer reminds us that it’s okay to be sad and allot time in our lives to sulk, which is what makes drives the appeal of Phoebe Bridgers and her music. A memorable part of the show is when a fan asked what her senior quote should be and Bridgers responded with, “How about ‘I love abortion.'” The fans screams radiated off the venue and Bridgers’ face was filled with joy.

Starting off the show with “Motion Sickness,” the crowd sang along in awe. The artist continued her set with “Garden Song,” “Kyoto,” and “Funeral,” to name a couple- And fans were engaged every single second.

The singer closed out the night with “Me & My Dog,” a song written by the group boygenius, an indie supergroup consisting of Bridgers herself, as well as Julien Baker and Lucy Dacus. A bittersweet goodbye was given by Bridgers and her band, to which fans were left questioning if the show was real or a dream.

Next up, Bridgers is headed down the west coast and then resuming her tour in South America. This tour is not one to miss, so make sure to secure your tickets now.