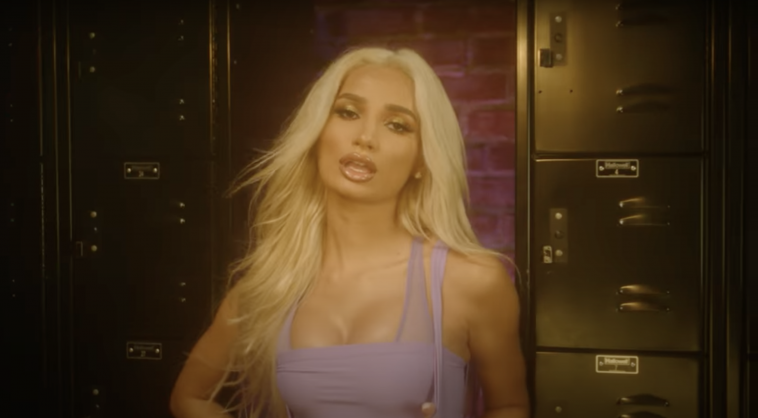 Are you ready to listen to Pia Mia’s side of the story?

The singer-songwriter from Guam has returned this weekend with her first release in over a year. Pia Mia’s new music comes in form of a five-track EP, titled “My Side”, which was first announced on September 25th by the singer and preceded by tracks “Only One” and “730” earlier in September.

Following features on successful dance tracks such as twocolors’s “Lovefool” or James Hype’s “Good Luck” as well as collaborations with Sean Paul & Flo Milli in 2020, this not only marks her first solo songs in a while but also a change in musical tonality.

Gone are the days of partying and club beats. “My Side” invites us to experience a different side of the singer’s world, a side that is filled with heartbreak and personal conflicts. We get to experience the singer’s growth as over the last couple of years, she matured, went through some bad stuff but didn’t give up and instead chose to invest time in herself and decided to care for herself. And you can hear that in every single note and in every single beat of this smooth, r&b-tinged release, where she channels all the best moments of her already great EP “The Gift 2” and even improves upon them.

The titular track “My Side” for instance takes us through the last stages of a relationship. “Just hear me out for one time, baby“, she pleads over a silky-smooth beat. Lead track “Only One” deals with the fall-out after: “Hate to leave you all alone, I think I’m better on my own“, she sings. Another stand-out of the EP is “730”, the aftermath where she confessed that “I’m drained from everything right now / Numb the pain, is all I need right now” over a guitar-leaden production.

“My Side” was written entirely by Pia Mia herself, in collaboration with huge forces such as Leandro Hidalgo (who has writing credits on “Woman” by Kesha as well as a couple of Wizkid tracks) and Vory (who helped shape some tracks on Kanye West’s latest record “Donda”) among others.

Listen to the EP right here and explore Pia Mia’s side:

You can also download or stream the EP on the service of your choice by following the link here: https://piamia.ffm.to/mysidepresave .

What do you think about the new music by Pia Mia? Let us know your thoughts on Twitter @CelebMix.