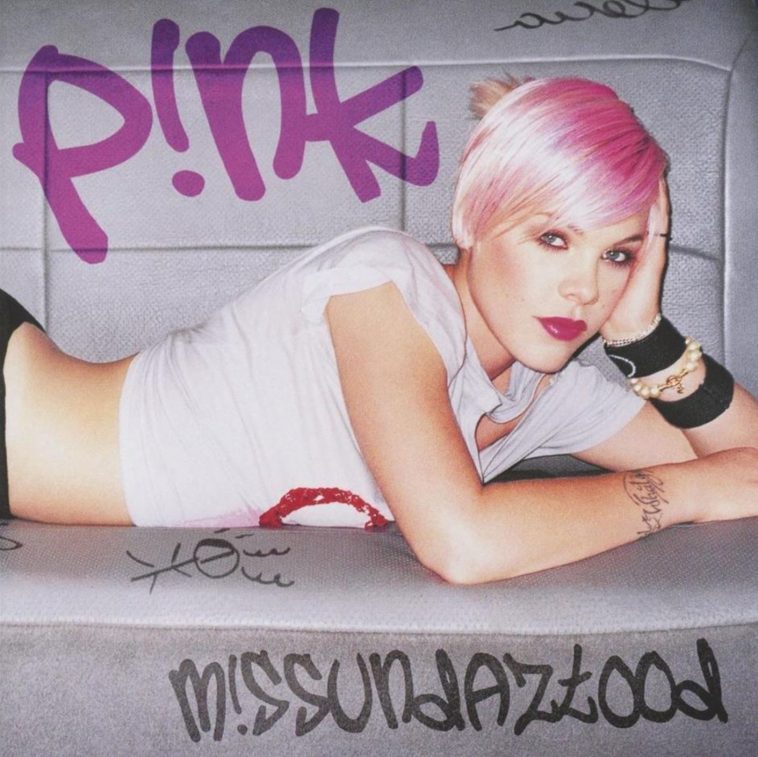 Missundaztood! Pink’s second album, which catapulted her into the Olymp of pop music had been released 20 years ago on November 20th 2001.

This anniversary asks for a special celebration, so CelebMix jumped onto this chance and is going to remind you of a few facts all surrounding this very special album by an even more special singer & songwriter that Pink is!

After Alecia Beth Moore found her way into the music industry, we first got to know her for her debut album Can’t Take Me Home, which had been released in the spring of the year 2000.

A huge spotlight focused on Pink as she released the Petti LaBelle cover of Lady Marmelade together with Mya, Lil’ Kim, and Christina Aguilera the following year, 2001.

The year, which would happen to be the moment to give her all the attention, she deserves as a singer & songwriter, to tell her story in the masterpiece Missundaztood, which happened to become rewarded with gold and platinum multiple times in countries across the globe.

Not only her songs became iconic, the people behind the songs, next to Pink herself are just as legendary.
As it happens, Linda Perry,4-Non-Blondes’ lead singer & songwriter not only wrote a couple of songs with Pink, she also produced the album and recorded the duet Lonely Girl with her.

On another album track Misery, none other than Aerosmith frontman Steven Tyler duets with Pink and Richie Sambora of Bon Jovi worked also with her on the sound to it.

While Get The Party Started is, a party song, all the other songs you find on Missundaztood tackle serious issues.
As rocky Just Like A Pill is, it also is eye-opening, knowing about the lyrics, in which Pink opens up about the drug abuse she went through in her early teenage years.
We also get the first glimpse of her – by now husband for 15 years – Carey Hart.

The final single of Missundaztood – Family Portrait – was released in December 2002.
Family Portrait has the divorce of Pink’s as the base of the song. However, it’s not only about this divorce in particular.
It’s the perfect song and video to show what children go through when their parents decide to get divorced.
Yes, it’s the parents’ decision, however overall the chaos which comes with it, the feelings, thoughts, and fears of the child mostly don’t get enough attention.
The powerlessness and the wishes, which won’t come true, are perfectly captured in the lyrics as much as in the video.

Missundaztood is a masterpiece for so many reasons.
It’s honest, open and spoke to the souls of Pink’s fans. It was the true start of a career, which is going on and seems to get stronger and bigger each year.

Here is to the next 20 years!
Happy 20th anniversary Missundaztood!