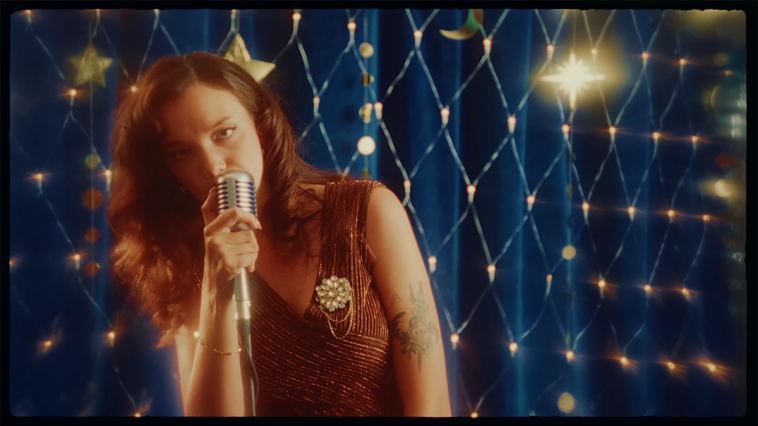 POESY is the solo project of classically trained singer, songwriter and pianist, Sarah. She was first discovered after appearing on the first season of the hit Canadian music competition show, THE LAUNCH. POESY’s breakout performance propelled her to new heights, landing her a major label deal with Big Machine Records and an opportunity to collaborate with Stephan Moccio (Known for working with Celine Dione and Avril Lavigne) on her debut single ‘Soldier of Love’.

“Cynthia” is POESY’s newest song, and it follows the release of “Still Breathing” and “Multiply” (now on Canadian radio, was #2 most added in its first week), which are all lifted off her upcoming debut full-length album, due out for release in the Fall. What you’re going to find in “Cynthia” is a feel-good dance track full of groovy bass, a killer beat, and disco-inspired strings. It would be an understatement to say that Cynthia is a fun, fresh certified offering of what POESY has to offer.

Speaking on the release of the song, POESY explains that Cynthia is influenced by the ’80s. “I love that it’s not taking itself too seriously,” POESY says about the release. “And as a big classic horror fan, I’m so happy with the video and how it really has that old-school cheesy haunted prom atmosphere. I hope it’s a tune everyone puts on and dances to with their friends while they fantasize about their crush. Cynthia very much shows my Scorpio moon — if I’m into you, I’m really into you. Obsession can be intoxicating.”