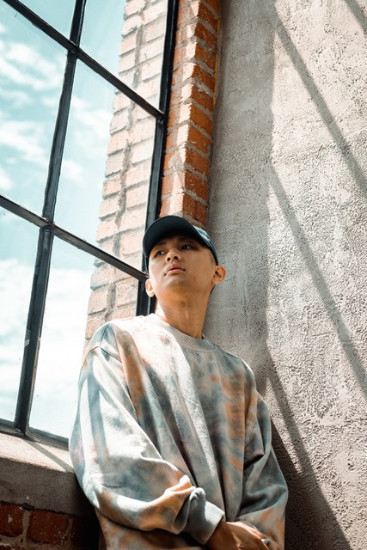 Toronto-based artist POLUN teams up with Gracie Ella on his debut single, “Higher Ground,” a track lifted from his forthcoming debut EP, Trillium.

Talking about the single, POLUN shares, “‘Higher Ground’ combines all the things I love about dance, pop, and R&B music. I knew I wanted a playful yet sexy vocal to complement the slower tempo of the groove. As soon as I heard Gracie’s voice on the track, it just felt right. Her sultry and soulful voice was the perfect finishing touch on this bop!”

He followed by co-writing two triple-platinum hit singles, “Here” by Alessia Cara and “Too Good” by Drake, featuring Rihanna. Next, he produced for K-pop artists, such as EXO, Suho, and D.O., as well as writing for mega electronic artists: Adventure Club, DVBBS, and Kaskade.

Of late, he added his dazzling production touch to Grammy-nominated CHIKA’s “U Should.”

POLUN has it going on! “Higher Ground” offers luxurious layers of cashmere R&B crowned by the gilded, seductive voice of Gracie Ella.