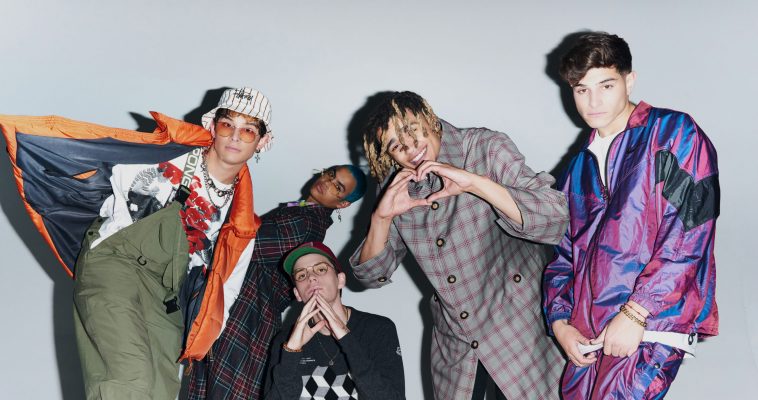 PRETTYMUCH are BACK with their brand new single ‘Stars’, kicking off a brand new era for the five-piece pop group.

Marking the band’s first release since 2019, and since signing a new deal with Sire Records, ‘Stars’ sees PRETTYMUCH at the top of their game. Showcasing each member’s slick vocals over a captivating RnB beat, ‘Stars’ is a dreamy offering which will no doubt get the band’s fans excited for what’s to come.

The track also comes accompanied by a hypnotic visual which shows off PRETTYMUCH’s signature moves. Directed by Natalie Fält, the hazy out-of-this-world visual was choreographed by Ian Eastwood (Justin Bieber, Chance The Rapper) and perfectly encapsulates the chilled vibe of the song.

‘Stars’ is the first single to be taken from the band’s forthcoming Smackables EP, which is due for release on January 29. Speaking about their return and what’s to come, PRETTYMUCH says: “We are super excited to show the world how hard we have been working, not only on ourselves, but on the new music that is to come.

“We decided we needed a full reset to re-evaluate our goals and what success looks like to us. We are producing and writing all this music from a real and mature place and authenticity is driving the ship. We owe it to the fans for waiting this long, but now the wait is over and well worth it!”

PRETTYMUCH, made up of Brandon Arreaga, Edwin Honoret, Zion Kuwonu, Nick Mara, and Austin Porter, have been busy making waves in the industry for the past few years. With three EPs already under their belt, including INTL:EP, a string of earworm singles such as ‘Would You Mind’, ‘Teacher’, ‘Solita’ and ‘Rock Witchu’, we’re excited to see what the new era of PRETTYMUCH will bring.

Are you excited for the new era of PRETTYMUCH? Let us know on Twitter @CelebMix