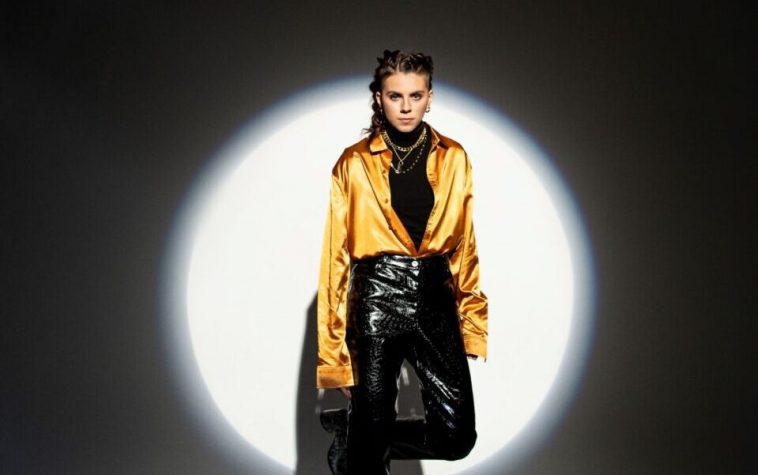 PVRIS pack a punch on their brand new song ‘Gimme a Minute’.

The track is the latest offering from the band’s upcoming third studio album ‘Use Me’, with the track ‘Dead Weight’ seeing a release last month.

The new album will mark the first release that front- woman Lynn Gunn has created entirely on her own.

Commenting on the new track, Gunn said: “The last two years have been a lot to process- I was navigating health issues while trying to make this album in a timely manner. The pacing and dynamic of the song feels similar to when your mind start to spiral on something, the quiet start slowly stirring and building eventually landing into chaos.”

‘Gimme a Minute’ is a poignant concoction of powerful synths, subdued beats, and a thunderous guitar solo from Gunn.

The song is accompanied by a stunning futuristic style visual which you can watch below:

‘Use Me’ will be released on July 10th via Reprise and Warner Records and you can pre- order the album here.

We loved the brand new single from PVRIS! Did you? Let us know on Twitter @CelebMix.