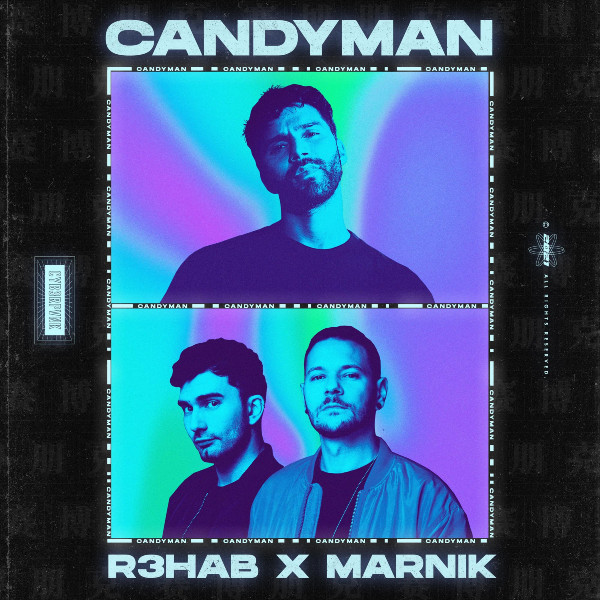 Future house producer R3HAB teams up with Italian duo Marnik to start the new year off with a bang, releasing “Candyman,” an upbeat song full of infectious pop flavors.

Talking about the track, R3HAB shares, “I’m happy to release ‘Candyman’ with Marnik as my first single of 2021. I’ve been looking forward to collaborating with Marnik since they remixed ‘All Around The World,’ and I love what we’ve made here. ‘Candyman’ is a fun and lighthearted record that we hope will set the right tone for 2021.”

Marnik chimes in, saying, “‘Candyman’ is a special song for us because it’s directly connected to our purest emotions and dreams, where everything looks innocent and magical. It wants to take you higher, right to the fairyland full of candies and colors, where everything blossoms through sweetness and delight.”

Last year, he hooked up with ZAYN on “Flames,” A Touch of Class on “All Around The World,” Alida on “One More Dance,” HRVY and Astrid S on “Am I The Only One,” Nina Nesbitt on “Family Values,” and Andy Grammar on “Good Example.”

On their part, Italy-based duo Marnik, made up of Alessandro Martello and Emanuele Longo, aka Alex and Lele, have continued to top the charts with hits like “No Money,” with Don Diablo and Galantis, the big room house smash “Shiva,” with The Golden Army and Kshmr, and the 2018 release of the provocative “Bella ciao,” a collaboration with Steve Aoki.

“Candyman” opens on pulsing, strumming tones topped by breathy, delicious vocals percolating with fizzing colors. A thumping, thrumming rhythm imbues the tune with a driving, hip-moving beat as the glossy, lively textures of the vocals give the lyrics vibrant energy.