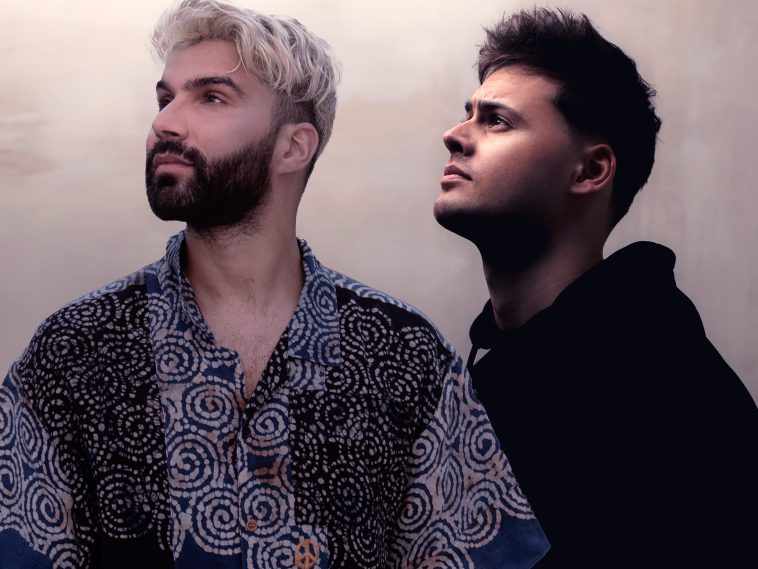 Right in time for the festive holidays, R3HAB and Mike Williams have come together to recreate their global hit track “Lullaby” into a wintry chilled-out remix, titled “Sing Your Lullaby”. This follows up R3HAB’s release of the Alan Walker remix of his 2019 collaborative hit with A Touch Of Class titled “All Around The World (La La La)” and Mike Williams’ single “When The Sun Is Gone” which features RYVM.

R3HAB, real name Fadil El Ghoul, is a multi-platinum DJ and producer with many hits to his name. He has remixed songs from some of the biggest artists in the world including Rihanna, Drake, Taylor Swift, and Calvin Harris, released tracks that have been global successes such as “All Around the World (La La La)” which was a collaboration with A Touch of Class and “Revolution” which was a collaboration with NERVO and Ummet Ozcan, and has worked with a number of stars from the likes of Sofia Carson and Zayn to Luis Fonsi and EXO. His work has collected over 8 billion streams to date, including 1.1 billion in 2021 alone. He has performed all over the world including EDC, Ultra Music Festival, Tomorrowland, Balaton Sound, Coachella, Summer Sonic Festival, and DWP Jakarta, and he is within the top 15 DJs in the world according to DJ Mag’s Top 100 DJs chart. He is a household name in the EDM world, and it’s no surprise since he has excellent artistry. We expect he’ll have a few more global hits in the coming years.

As for Mike Williams, real name Mike Willemsen, he is a Dutch DJ, record producer, remixer, and musician. His breakthrough hit came in 2017 when he collaborated with Felix Jaehn on the track “Feel Good”, which has amassed 156 million Spotify streams and, at the time of release, charted in Germany and Austria, making it his second most-streamed track to date, behind his original collaboration with R3HAB, titled “Lullaby”, which has over 200 million streams. “Wait Another Day” with Mesto and “The Beat” follows close behind with 97 million and 75 million respectively. He has performed at the likes of Ultra Music Festival, Tomorrowland, Parookaville, World Club Dome, and Mysteryland, and has even toured in the likes of China, Taiwan, Nepal, Croatia, and Switzerland, as well as the US, Canada, and various countries in Europe and Asia.

Written by Aleksandr Dhukov, Fadil El Ghoul, Ferruccio Tebaldi, Maria Jane Smith, Mike Willemsen, Seann Bowe, and Victor Thell, “Sing Your Lullaby” is a reinvention of R3HAB & Mike Williams’ global 2018 hit “Lullaby”, which currently has 200 million Spotify streams and has gathered eight Gold and four Platinum certifications globally. At the time of the release, it became a top 10 hit in Norway and also charted in Sweden, as well as making an appearance on the US Billboard Hot Dance/Electronic Songs chart. This remix for 2022 adds a wintry spell to the track, slowing the production side down and adding gentle snow-like whisps creating a serenity like no other. The drop is a subtle relaxant, as opposed to the big room house beats in the original. The downtempo beats add momentum and build up to a blizzard but one that R3HAB and Mike Williams have full control of and soon settles, with the entire track easily complimenting the ethereal vocals.

Talking about the track, R3HAB said: “Mike is a talented guy and I am happy to see his career taking off. We had the same vision for this record from the start, which made this an exciting and seamless production process. This record has a smooth and dreamy sound and a pulsing beat which has made it a staple in my sets lately. I hope it takes you on a journey as it did for us.”

Mike Williams added: “Really excited to release this edit of one of my biggest tracks and working with R3HAB is always a pleasure! I’m overwhelmed by all the people who still sing along to this track during my sets and I hope everyone likes this version.”

Check out the original track “Lullaby” on Spotify here:

“Sing Your Lullaby” by R3HAB & Mike Williams is available to download and stream right now, across all platforms, via CYB3RPVNK.

Let us know what you make of “Sing Your Lullaby” by R3HAB & Mike Williams on Twitter @CelebMix.