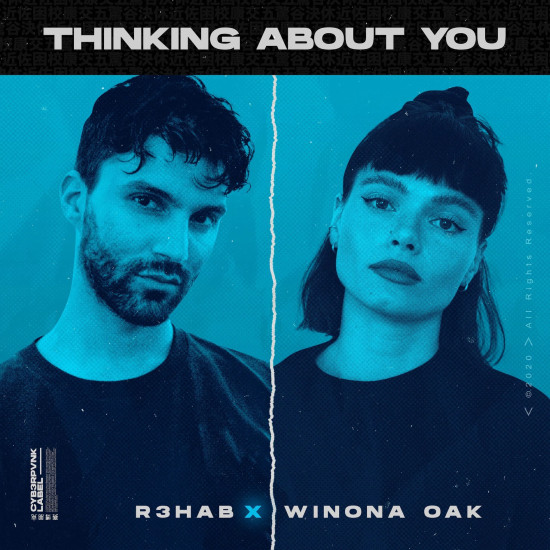 “Thinking About You” follows on the heels of R3HAB’s recent pop-flavored releases: “Miss U More Than U Know” with Sofia Carson and “Besame (I Need You)” with TINI and Reik. On “Thinking About You,” R3HAB returns to his dance roots.

R3HAB first made a massive impact with the release of his debut album, Trouble, in 2017, which went on to collect more than 500,000,000 streams. He followed with The Wave, accumulating 250 million streams with tracks like “Ain’t That Why,” “Hold On Tight,” “The Wave,” and the platinum hit “Lullaby,” appearing on Billboard’s Top 100 Dance/Electronic Charts.

Last year, R3HAB teamed up with A Touch of Class on “All Around The World,” which attained international gold and platinum status, along with over 200 million streams.

On her part, Winona was featured on The Chainsmokers album, Sick Boy, and won Best Independent Dance/Electronica/Club single at the AIR Independent Music Awards in July 2019, for her collaboration with What So Not on the single, “Beautiful.”

Winona followed by releasing her debut EP, Closure, via Atlantic Records in 2020, piling up 40 million streams, as well as nomination for “Future Artist of the Year” from Sweden’s version of the Grammy Awards, the P3 Gold Awards.

The mood and feel of the song is at once, voluptuous, provocative and proximate, awash in trembling surges of momentum and delicious sonic hues.

With “Thinking About You,” R3HAB and Winona dish out driving pulsations of dance music, crowned by the exquisite timbres of Winona Oak.

Let us know what you think of “Thinking About You” @CelebMix.