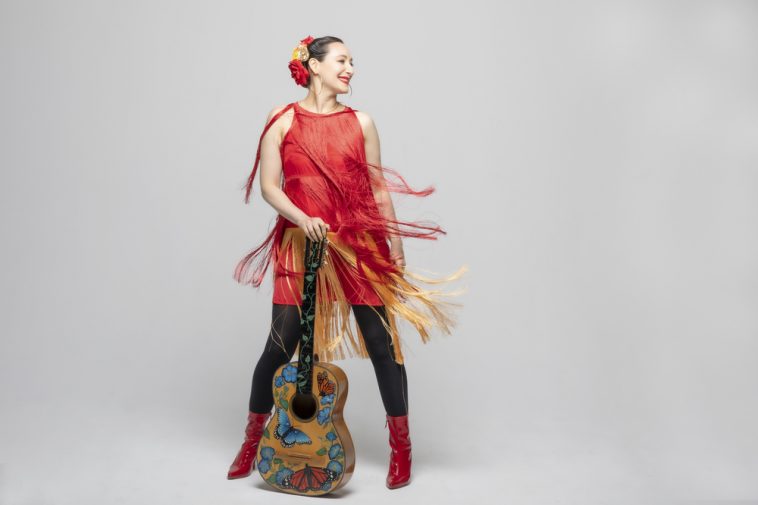 After a two year break from her solo work, alternative-pop, singer/songwriter/poet Rachael Sage returns with new and exciting plans as she releases her latest single ‘Revelation Ground’.

The next single from the ingenious songwriter is an emotionally powering track that acts as a beacon of light after a time of such darkness. The single will be released alongside several different interpretations, including the original single, a band version, a chamber mix, a folk mix, and an instrumental version. ‘Revelation Ground’ comes paired with an elegantly made stop-motion music video, that helps to accent the creative amplitude that Rachael puts into her work.

Since she released her last studio album ‘Character’, Rachael has been busy with other projects, working on her latest creatively ambitious Poetica. Whilst something so different, the collaborative project centres itself around Rachael Sage’s iconic sound.

“I thought about the lyrics to ‘Turn, Turn, Turn’, inspired of course by the Old Testament psalm: ‘A time to build up, a time to break down/A time to dance, a time to mourn/A time to cast away stones, a time to gather stones together…’ These ancient and powerful words were an encouragement for me to move gracefully through personal and collective loss. I hope that ‘Revelation Ground’ can likewise provide comfort to listeners weathering hardships, knowing that everything is seasonal and that hope always returns.”

Starting on the 2nd of April, Rachael Sage will be returning once more to the UK. Rachael will be supporting the incredible Irish-folk singer Imelda May, on a two-month long tour around the UK and Ireland.

‘Revelation Ground’ is out now.