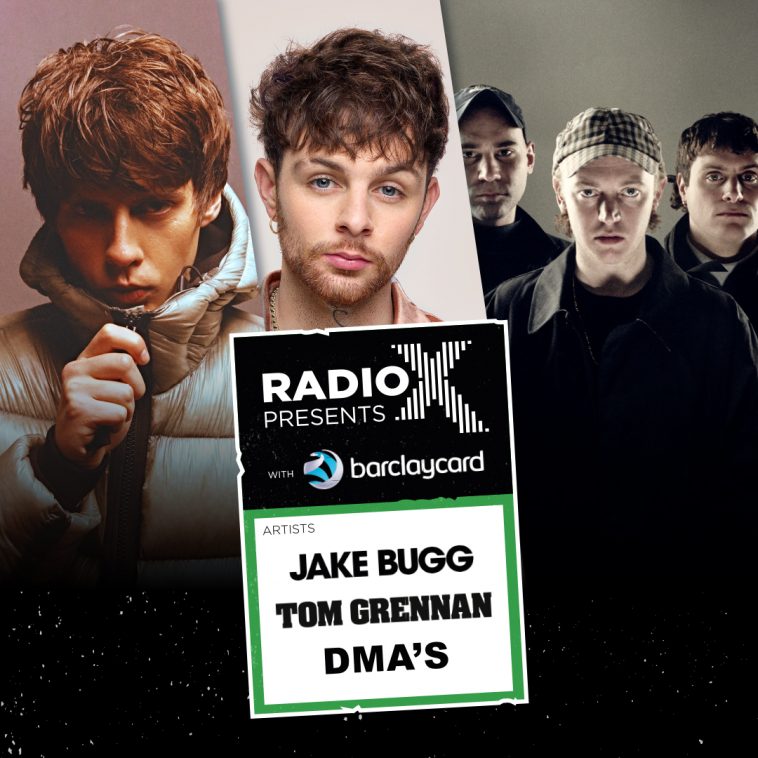 Hosted by Radio X’s Toby Tarrant, a group of lucky competition winners were able to watch the show live from the comfort of their homes Thursday night (February 25th), with both Bugg and Grennan performing some of their biggest hits live at London’s Clapham Grand, whilst DMA played their set on a rooftop in their native Sydney.

For those who weren’t fortunate enough to secure tickets to the gig, highlights from Radio X Presents… Jake Bugg, Tom Grennan and DMA’S with Barclaycard, plus interviews with the artists, will be available exclusively on Global Player and on Radio X’s Facebook page and YouTube channel from Sunday, February 28th at 7pm (BST).

Radio X Managing Editor, Matt Deverson said of the gig: “We were so pleased to announce our second ‘Radio X Presents…’ gig with Barclaycard. Whilst live events are on hold, being able to bring live entertainment into the homes of music lovers is hugely rewarding. Jake Bugg, Tom Grennan and DMA’S form an incredible line-up and each put on a fantastic performance.”

Barclaycard Head of Sponsorship, Dan Mathieson adds: “We’re delighted to be able to bring millions of people together for live events! Despite challenging times, we are so pleased to provide Barclaycard customers and Radio X winners with music to enjoy while hopefully offering a brief moment of escapism too. For now, many of us are apart, but we all know wherever we are, music has a way of bringing us together.”

Check out some EXCLUSIVE shots from the show below:

Let us know your thoughts on ‘Radio X Presents… Jake Bugg, Tom Grennan and DMA’S with Barclaycard’ over on Twitter @CelebMix now!