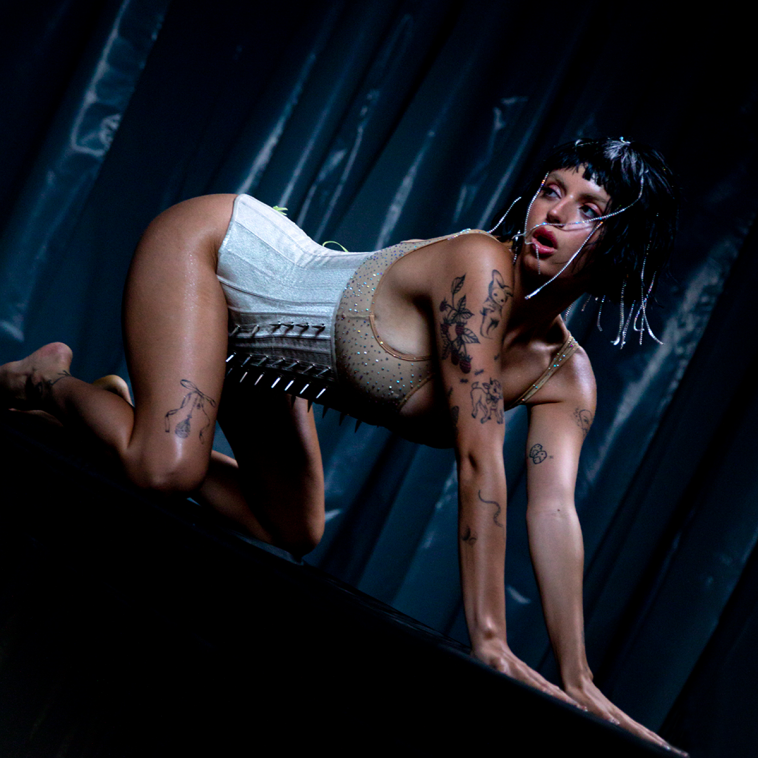 Internet sweetheart Rebecca Black has returned with her newest single, which also serves as the first taste of her ironically titled “Crumbs”. Her new project is a personal message that introduces fans to the next chapter of her storied career.

The new single comes with a brand new music video, which sees Rebecca express herself visually in a futuristic atmosphere, by metaphorically and physically going under the skin and inside her mind, delving into the now 25 year-old Mexican-American’s innermost thoughts.

Speaking on the release of “Crumbs”, Rebecca revealed that as she enters a new moment in her career, she wanted to explore different sides of herself, explaining: “As I enter this new moment, I wanted to explore the vulnerability I’ve felt in finding balance with submission, dominance, and sexuality. I’ve had to dive into my own body to feel the deeply powerful but also dangerous feelings of relinquishing control”.

Stay tuned for more, as this new song comes off the release of Rebecca’s debut album “Let Her Burn”, due out for release early next year!