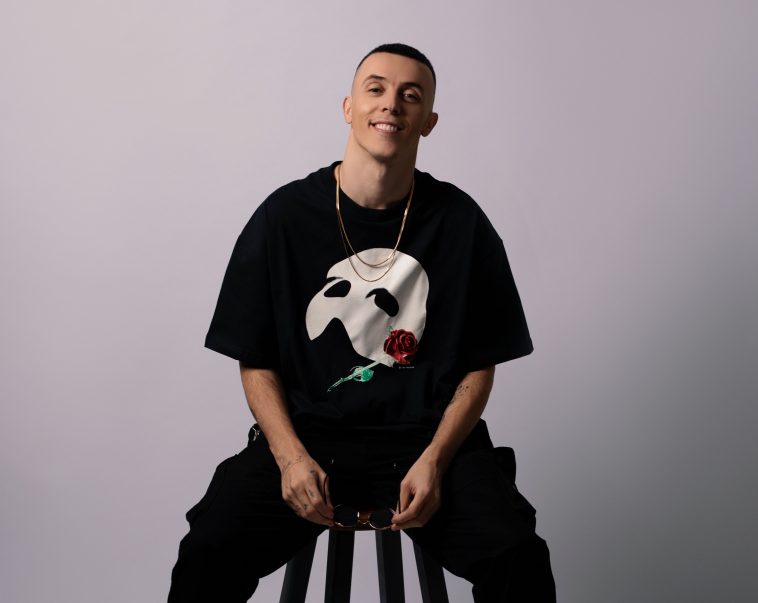 Fresh from the announcement of his nomination for Best British Single, for Secrets featuring RAYE at next months BRIT Awards, Kosovan DJ and producer Regard shares his latest track You – a brooding, 80’s inspired anthem featuring Troye Sivan and Tate McRae.

Released via Ministry of Sound, the super sophisticated and effortlessly sexy single sees both Sivan and McRae deliver the tracks, sultry and flirtatious lyrics with effortless ease, their glorious, silky smooth voices blending together beautifully to create an out-and-out pop/dance banger!

Speaking of his delight following the tracks release, Regard says in a statement: “’I’m so excited that ‘You’ is finally being released! The entire song gives me wavy emotions with the angelic vocals from Tate and Troye”.

With 17-year-old Tate McRae adding: “Collaborating with Troye and Regard was an amazing experience. It’s a totally different vibe than any of my usual songs, but still has the emotional and lyrical depth that I always try to write.”

Listen to You below:

Since capturing the worlds attention following the release of his debut single Ride It back in 2019, which became an international hit taking both the internet and TikTok by storm, rising superstar DJ Regard has gone on to achieve over 10x Top 10 single chart placements globally, and amassed 2.2 billion combined streams and 9 million worldwide sales.