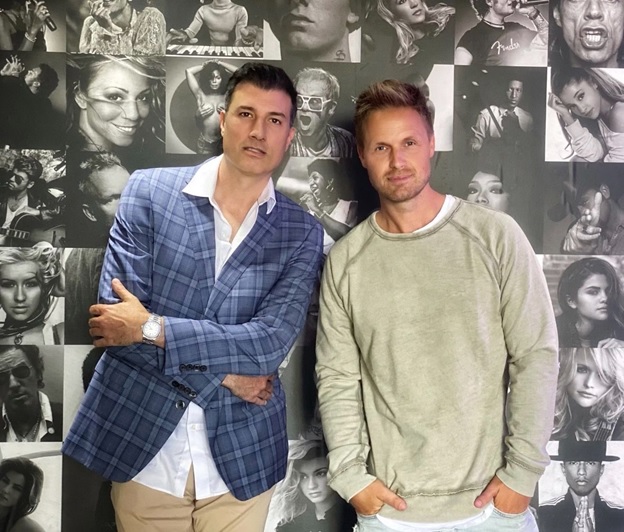 The music industry is home to the world’s most talented artists. However, unbeknownst to many individuals, there are equally talented consultants that cultivate these artists and put them out to the world. Since 2003, Rich Fayden has been one of the most prolific consultants for new musical talent in the industry.

He has discovered a long list of talented artists over the years. “If I felt they had something really special, I contacted them, then went about sending out their links and pitching them to music industry executives,” said Rich. “I felt that they might be interested in their music. I was never looking to gain any fame for it; I just did what I could to help get these artists a fair chance to be heard.”

As an artist and performer himself, Rich Fayden is aware of the hills and valleys that new artists have to navigate to reach the peak of success. He has made a whole lot of top-tier industry contacts throughout his own career. Born in Brooklyn and raised in New York City, he would walk the streets and the subways, performing for people every day after school. He would also walk into the major record companies in New York City and sing in the lobby until security would escort him out.

His persistence would eventually pay off when one day, in 1996, he was singing in the lobby of Atlantic Records in NYC. He was approached by someone who asked who he was. He told the man he was an aspiring singer. It turns out that the man would be Craig Kallman, then VP of A&R for Atlantic Records.

He brought Rich Fayden to Val Azzoli, the president of Atlantic Records at the time. Upon their meeting, he would be signed to a record deal then and there. Over the years, he was in several boy groups and signed more major label deals, including with NYCE, who were managed by Maurice Starr, creator of New Kids on the Block.

Nowadays, Rich Fayden partners up with OC Hit as its Senior A&R and Head of Radio Promotion. This marks a momentous collaboration that will help upcoming talent achieve their music industry goals. Both Rich Fayden and Platinum Award-winning Thomas Barsoe, the owner of OC Hit, have teamed up to provide the best services available to their roster of incredible talent.

With Rich Fayden’s exceptional talent in discovering artists and his tenure of 25 years, the collaboration will be greatly beneficial for musical artists and fans of music alike. Throughout the years, Fayden has come across artists such as Shawn Mendes, Halsey, Conan Gray, Alessia Cara, and others online on mainstream platforms such as SoundCloud, Vine and YouTube, long before major labels knew who they were.

With a combined experience of over 50 years in the music business, unmatched connections, and long-lasting relationships within all aspects of the music and entertainment industry, this recent collaboration between Rich Fayden and OC Hit is sure to make waves in the industry, shaking up the musical landscape for the better.

To know more about Rich Fayden and all his latest projects, make sure to visit his official website.