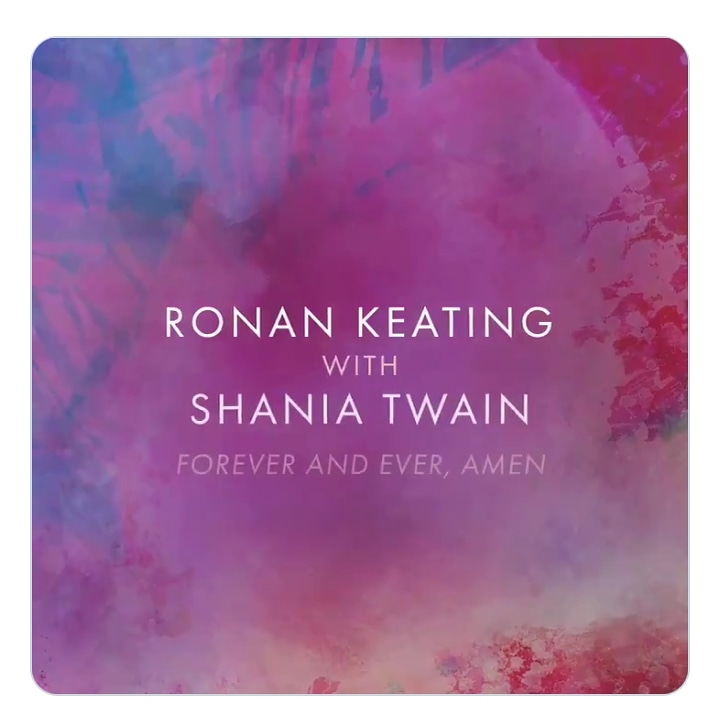 Following the release of her huge number 1 comeback album ‘Now’ back in 2017, Shania Twain returns this May with the first taste of new music since that phenomenonal comeback.

The new single from the Canadian country music legend comes thanks to a collaboration with British pop superstar Ronan Keating.

The former Boyzone star has enlisted the star vocals of Twain for a track titled ‘Forever and Ever, Amen’ – it is featured on the ‘Twenty Twenty’ LP tracklist which drops on May 1st.

It will be the first new music fans have had from Shania Twain since back in 2017 when the ‘Now’ record rocketed to the top of the charts worldwide – a welcome return to the industry after 15 years away due to vocal and health issues which rocked her career.

This exciting news from the Queen of country-pop will no doubt delight her global audience and also signals a possible UK return.

Country fans across the globe will be able to download and stream the single from May – with the possibility of it being made available earlier as an instant grat track.

Are you excited for the release of ‘Forever and Ever, Amen’ from Ronan Keating and Shania Twain this coming May? Let us know your thoughts across social media!