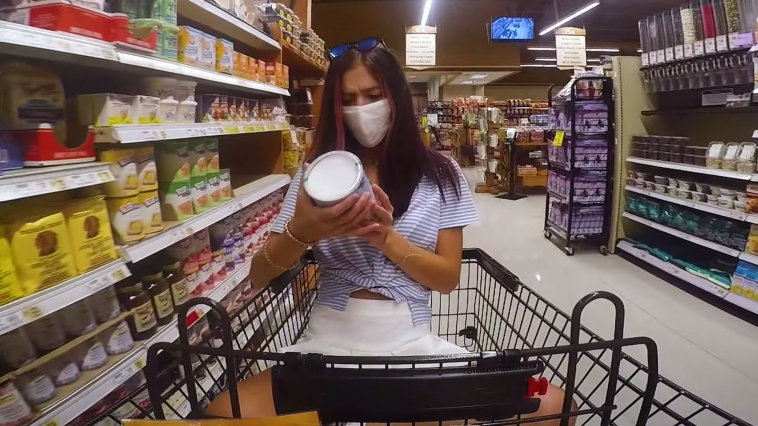 Coming off the release of her debut EP ‘I Don’t Trust U At All‘, Ronnie Watts has unveiled her latest single ‘Sad Summer‘, a song that sees the alternative-pop musician explore the story of ignoring the aspects of COVID-19 and – at least – trying to enjoy the summer months.

Speaking on the release of the single, Ronnie said that the creation for the music video was spontaneous and she decided to make it with her friends at a spur of the moment. “We filmed it at our local grocery store,” Ronnie reveals, “it was just really fun to dance around and embarrass ourselves.”

Essentially, with this song Ronnie wanted to create a “nod” to this summer and everything happening with COVID. “I think being in a grocery store and having to wear masks kind of shows the more depressing side of everything,” she emphasises on the visuals of her single, “but the goal of the video was to brighten up the whole grocery store.”

The whole thing was shot on Ronnie’s very own iPhone and an additional GoPro she connected to a grocery cart. “It was really chill. Ollie Rillands edited it all together and made it look so cool,” Ronnie concludes.

Let CelebMix know what you think of Ronnie Watts and her new music video on Twitter & Facebook.