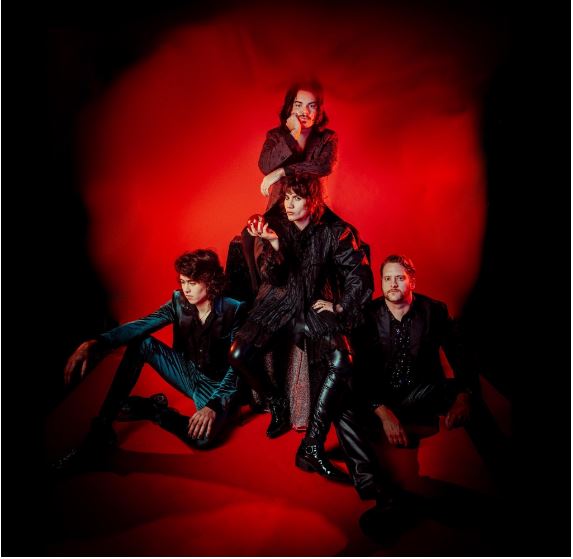 “It’s a feel-good song! It’s a song that gets in your body and makes you feel like you have to move.” exclaims Roxx Revolt, frontwoman of your new favourite rock group. If you’re in the habit of listening to Maneskin or Greta Van Fleet, then look no further for your new obsession.

That riff is infectious and the band’s look is vintage-yet-ultra-modern in a nostalgic kind of way, and if their energy isn’t entirely radiating through the screen then we don’t know what to tell you.

As if this debut track wasn’t an absolute slam-dunk, the band are also gracing the UK with their presence next month, as they take to the stage for the world-renowned CAMDEN ROCKS PRESENTS.

Roxx Revolt and The Velvets are currently adding the finishing flourishes of grit, glitter and star-power to their forthcoming debut album, and are sharpening their live attack, ready to steal the spotlight for themselves and kick-start a revolution for rock’n’roll.