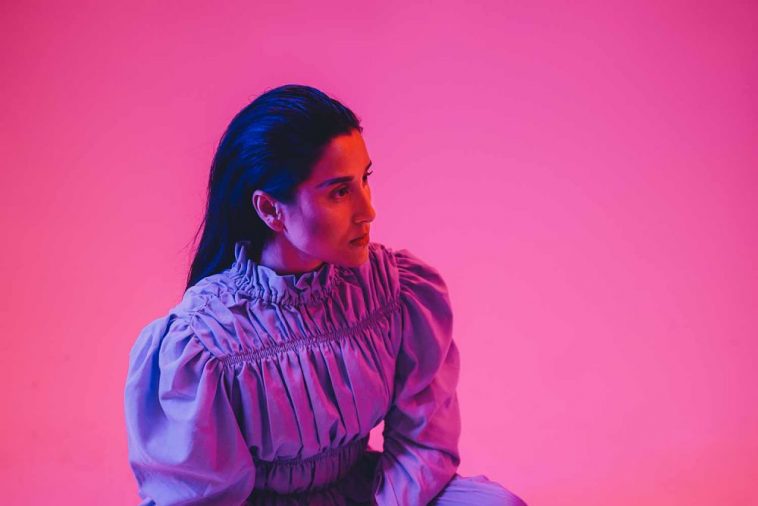 Love, Love is the second single taken from Salt Ashes‘ second album and the latest product of her mission to bring a refreshing and dark edge to the world of pop music.

To celebrate the release of the new single, London-based, Brighton born artist Salt Ashes took the time to answer a couple of questions for CelebMix, albeit rather minimum in response; and whilst we didn’t find out how she is doing in 2021, we did come to discover how she got her name – in fact, the words “Salt Ashes” were scratched on the side of a boat when she used to live in Brighton. From there, she always wanted to use it as a lyric but it never quite found its place.

“It feels like it was time,” Salt Ashes says on the release of her new song. “The world is now ready. With everything opening up we need music to lose our minds to.”

Salt Ashes’ ‘Love, Love’, is about fearing love, questioning it, second guessing it. It’s a reflection on whether you’re sabotaging a good thing or it’s just not right.

The song title I think reflects that… it’s an answer and then a question… yes, that way round.

“I always hope that there’s more than one meaning and that people can take something different from the song depending on what’s happening in their life,” Salt Ashes says.

This song was actually written in 2017 with a friend and producer, Toby Horton, “We then brought the track to my current producer at the end of last year and he added additional production and mixed it which definitely took the song to another level,” Salt Ashes details on the initial creative process of the single. “I don’t think I’ve sat on a song for that long before releasing it or having 2 producers work on a track, so that’s different.”

This song is completely about Salt Ashes and what she was feeling whilst she was seeing someone at the time.

“To be honest, it was definitely a pattern that I hope I have broken now,” she adds.

Whatever the hell they want. But, probably not to be as f**ked up as I was hahah.

Salt Ashes on what she wants listeners to take away from ‘Love, Love’

The remainder of 2021 looks to be a busy time for Salt Ashes, as she has so much “frickin” music coming. Also, her second album is due out later this year. Stay tuned.