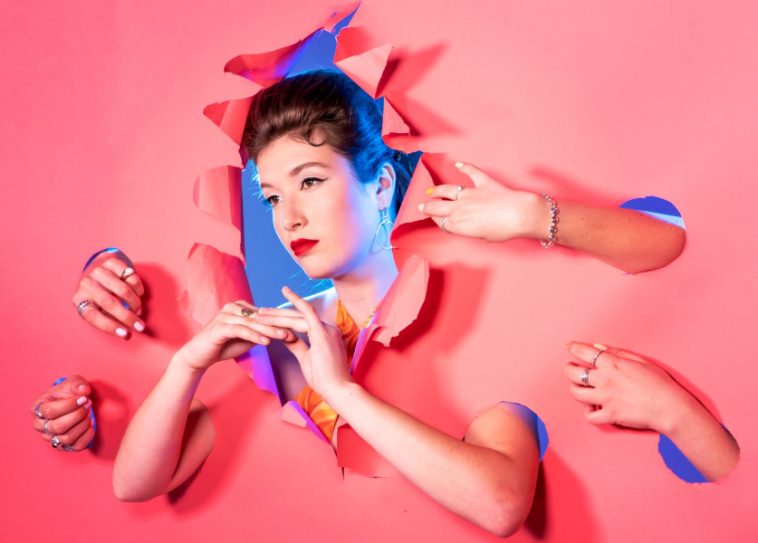 Casey shares, “‘Good Fight’ elicits a contrast of emotions. The song depicts the daily struggle of uncertainty in one’s life and mirrors my (at times difficult) journey through the music industry. The song also illustrates a part of me that won’t let these bouts of mental illness derail me. As long as the song and video make people feel something, then I am happy. What they feel will be dependent on their own life experiences. I am eager to hear how this song hits different listeners!”

At the age of fifteen, Sam Casey launched her girl boss attitude by jumping off a 50-foot cliff into the lake below. According to Casey, “As a young female artist, I believe that many people expect certain social norms or points of view from me that I consistently disagree with or can’t provide.”

Immersing herself in music early on, Casey took piano lessons but didn’t like it. Her parents agreed to let her take guitar lessons if she would stick with piano until the sixth grade. Later, she attended Beyond the Beat, a music school fostering original musical creations and highlighted artist development.

Since hooking up with her label because of a friend of a friend in the music business, Casey has filmed and recorded a performance for the PopGuru Revue Livestream concert series, worked with UK producer Joe Thompson on a version of the Etta James song, “I’d Rather Go Blind,” for the multi-artist COVERAMA album, and co-written an EP with producer/songwriter Mike Schlosser, along with collaborating with Martha and the Muffins’ Martha Johnson and Mark Gane on a song for their Dazzlefield project.

Sam Casey has it going on! Vibrant and brimming with luscious electro-pop energy, “Good Fight” displays the songwriting talent and deluxe voice of Sam Casey.