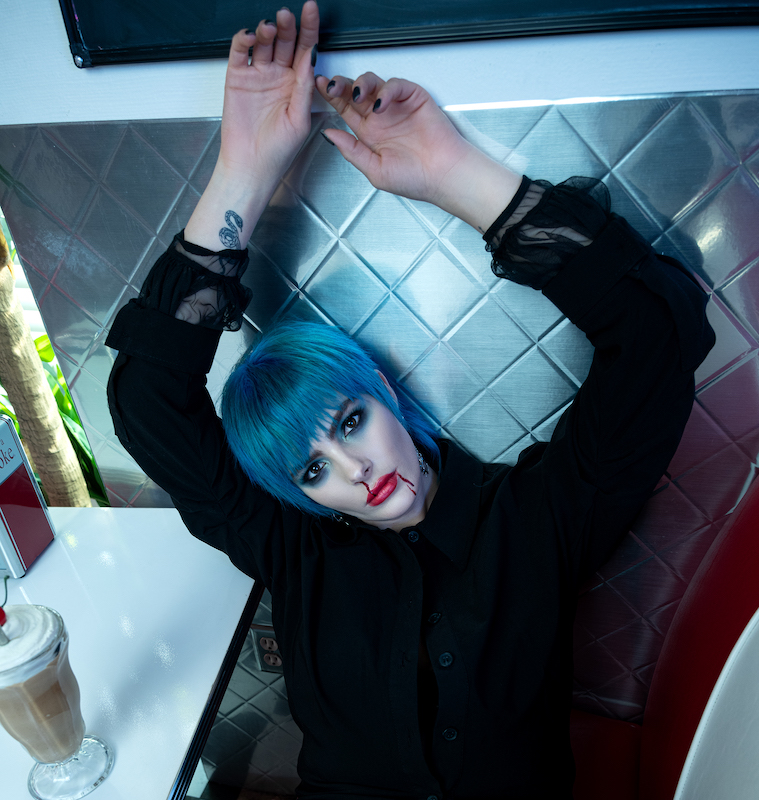 It is only human nature to be drawn in by addictive things we know are bad for us. It can be stuff like fast food and soda to even more harmful things such as drugs and alcohol. A common one many people can resonate with is the dependence on toxic relationships. Courtney Paige Nelson is very familiar with that craving and illustrates a negative back and forth in her single “Bury It”. Her evocative, electro-pop sound soars with moody vocals and piercing synths. The song title comes from the concept of a decaying relationship that would be better off forgotten. The singer shares, “The idea for this is to highlight how toxic relationships can make you “rot” from the inside out, till eventually you’re just a zombie. We’ve all been there when a relationship is taking its toll on you, and you try to function in your daily life as a normal human continuing to do normal things. I tried to intertwine all the imagery of a zombie and rotting into the actual lyrics.” Eerie lines like, “Put down some flowers grave is full /what’s dead is dead we’ve both gone cold,” perfectly depict that metaphor.

The American talent is a singer/songwriter who has really come into her own. Initially known for appearing on America’s Next Top Model Cycle 23, Nelson used that recognition to kick-start a career in music. Her dark, fiery tunes truly entice listeners allowing her to build a dedicated fan base. Not only is her music so passionate, but her partnerships are as well. You can sense that in this bold track. Those that love deeply also hurt immensely. Though she is ready to ‘bury it’ and moved on, that strong pain is felt.