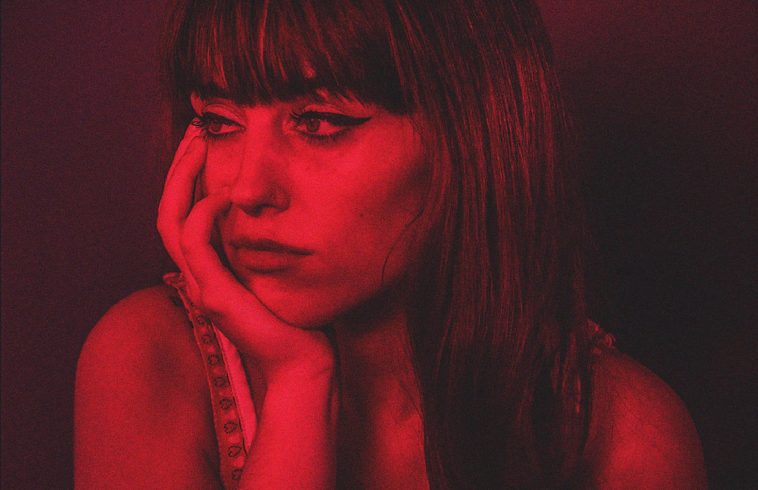 Singer-songwriter Sasha Sloan is known for crafting intricate and emotional pop songs. With her new release, “House With No Mirrors” – the follow-up to the rather upbeat “Lie”- she might have just outdone herself (again).

“House With No Mirrors” lays out in heartbreaking detail how those struggles have affected Sasha Sloan and how she might have lived a better, easier and more beautiful life if she could only overcome them. Accompanied by only a strummed guitar and a perfectly minimalistic production, the singer shares her musings with us and finds her way into our hearts. It’s as raw and personal as only Sasha Sloan can get.

In a personal Instagram post, the singer explained the very personal meaning behind the song. She shares that “for as long as I can remember I’ve hated my appearance (…) I so desperately wanted to be skinny I developed an eating disorder that I’m still living with every day. the way I see myself has put a strain on my closest relationships and it’s ruined so many moments that should’ve been fun.“

“House With No Mirrors” is now available for purchase and streaming on the digital retailer and streaming platform of your choice. Be sure to find yours by clicking here.

“House With No Mirrors” arrives as Sloan’s second single, taken from her upcoming debut album “Only Child”, set for a release this fall. The track was written by Sloan with Nicolle Galyon and King Henry. The latter also handled the production on the track.

What do you think about “House With No Mirrors” by Sasha Sloan? Let us know, either on Twitter @CelebMix or on our other social channels.