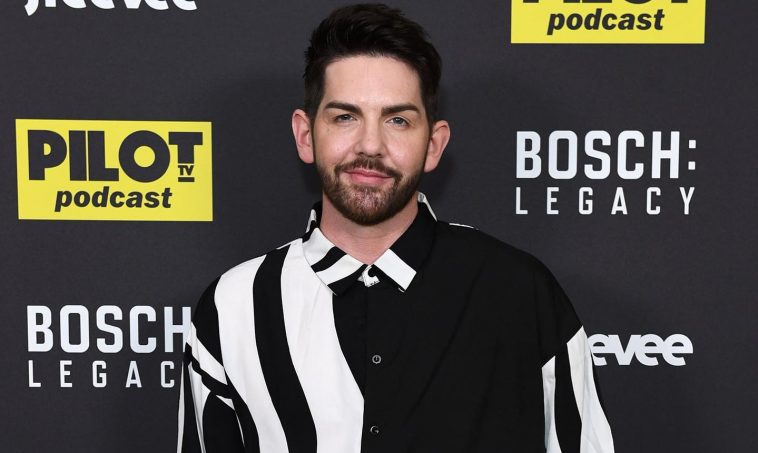 On the 6 May 2022, the premiere of Bosch: Legacy took place with various stars hitting the red carpet including Mimi Rogers, Titus Welliver, and Scott McGlynn – who took some time out to chat to us about the premiere event. The spin-off series is originally from the Bosch tv series, which has a total of seven seasons. This spin-off series has already been confirmed for a second season.

The series follows Titus Welliver as the title character, Hieronymus “Harry” Bosch, a private investigator. He is a character created by the author, Michael Connelly. He debuted as the lead in the 1992 book, The Black Echo, and to date, there are 21 novels. Mimi Rogers plays Honey “Money” Chandler, Madison Lintz plays Madeline “Maddie” Bosch, and Stephen Chang plays Maurice “Mo” Bassi. It has been developed by Michael Connelly, Tom Bernardo, and Eric Overmyer and distributed by Amazon Freevee.

Attending the premiere was Welsh actor, Scott McGlynn, who was wearing this awesome monochrome shirt and trousers, giving a clean, slick, and smart look as he made his appearance, perfect for this premiere. He mentioned to us that the screening was just the first episode of the new series, and was later followed by a panel.

On the red carpet, he met – and had a photo – with Mimi Rogers, and went on to say in our interview that she “was there looking amazing, she was so sweet. I’m a huge fan of her work. We had a great chat about Lost in Space and Austin Powers, my two favourite movies of hers.”

Scott McGlynn revealed to us that he didn’t realise that there were seven seasons prior to this spin-off series and so he is currently watching the original series, Bosch, and stated that: “The show is brilliant! I am loving [watching] the show now.”

About the premiere and the panel, the Welsh actor told us that: “It was great [to meet] Mimi Rogers and Titus Welliver. They are both so talented. [They’re] passionate about their work, [and shared] fun stories from filming which was fun. If I ever get a chance to work with Mimi Rogers or Titus Welliver, I’d be set! That would be an incredible opportunity!”

Bosch: Legacy is out now, available to watch on Amazon Freevee. Look out for the second season which we expect will be out next year.

What do you make of Scott McGlynn’s comments about Bosch: Legacy? Let us know on Twitter @CelebMix.