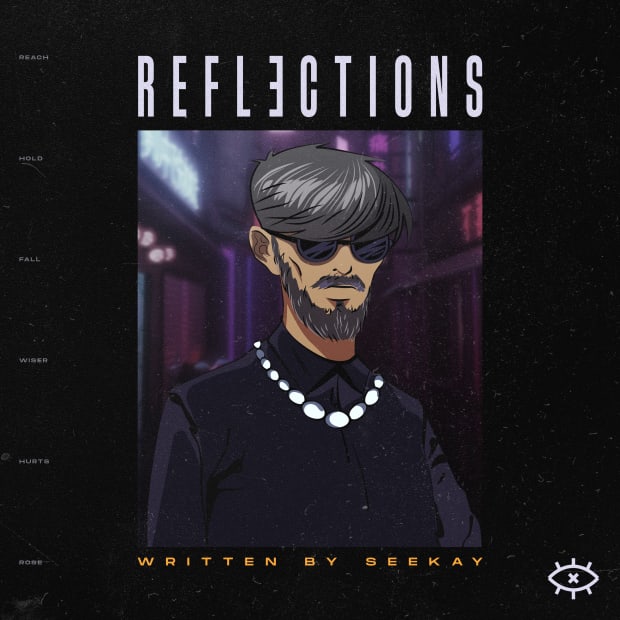 Songwriter-producer Seekay takes us higher with the release of his new EP, Reflections, a collection of six magnificent tracks in which he explores introspectiveness through sound, an art he masters to perfection.

For him, this record should be best enjoyed lying back on something comfortable, choosing a potion, getting high, and reflecting with gentle electronica tinged with melodies usually in a minor key, either alone or with someone close. Another suggestion by Reflection’s creator is to smoke a cigarette late at night alone out the window under the light of a naked streetlamp and ponder the future.

His passion and dedication are clearly inspiring in all the meticulous details that have been polished behind the scenes before releasing the EP, from the lyrical poetry and composition to the production and mixing. His main inspiration while writing music is the love he has for the art, as well as his hunger to keep getting better at it with each new single, EP, or album.

Seekay has given us some clues to understand the message he tries to convey through his music: “Dreams deferred are dreams denied.” Another source of great inspiration for Seekay is his love for all kinds of arts and artists, from musicians, playwrights, poets, painters, and authors. The emotional and spiritual element that can be vividly felt in his music is a strong factor for him to connect to his audience on the most profound level. Billie Eilish, Lorde, Tash Sultana, The Weeknd, Imogen Heap, and Tame Impala are some of the artists that Seekay listens to, but also the ones he has been compared to sonically.

He respects and loves authenticity, especially in style, songwriters, and performers who are true to themselves, their views, their looks and sounds, irrespective of acclaim or recognition, values that are reflected in his approach to music, especially on the new EP.