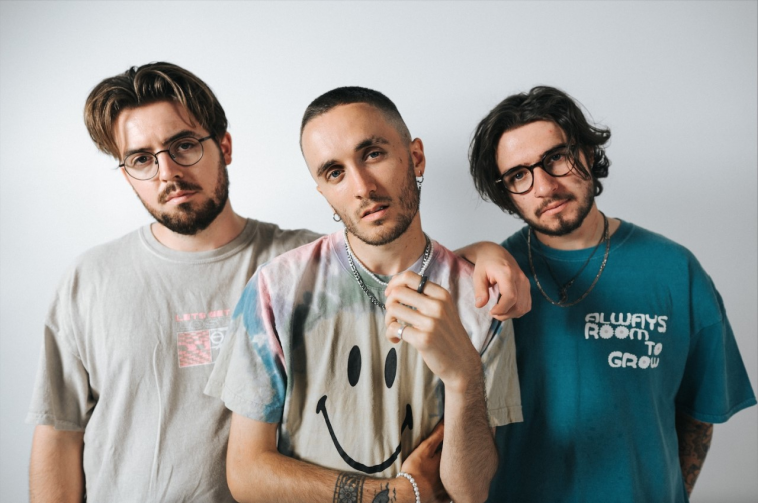 Rising alt/pop trio SHADED (made up of Dan Bradberry, Matt East and Callum Irons) have this week released their brand new single, Heartbroken People – a moving and poignant brooding ballad, that serves a beautiful ode to a lost first love.

Taken from the groups upcoming EP _003 and led by frontman Matt East’s gentle vocals, the track heartfelt lyrics look set to resonate with people all around the world who find themselves reflecting on current or past relationships.

Commenting on the track Matt says: “‘Heartbroken People’ is a love letter to my high school best friend. It was a relationship that gave me my first insight into what it was like to be in love, and has in-turn shaped the way that I am in relationships. I wanted to pay homage to everything that this person gave me during that period of time, and just hope she’s happy, wherever she is. It was the perfect way for us to end the EP _003 as a resolve to the, predominantly, sombre theme. We made this EP to address the tougher and darker times that come as a result of a heavy breakup, but as is often the case, things ALWAYS work out for the best, and that’s the story we wanted to tell with this EP’s theme and ‘Heartbroken People’”.

Alongside the release of Heartbroken People, SHADED also announce the highly anticipated release of their _003 EP – a cohesive collection of 5 tracks that includes previous single My Nightmare, which recently received its first radio play on BBC Music Introducing East, alongside new, unheard material including It’s Hard, Forever and We Should Be Happy.

The EP will be available to stream from September, 27th.

Having launched their most ambitious and exciting body of work last year, A Year Of You – an ongoing project will culminate in a total of 20 songs, released during the course of the lockdown, with tracks exploring themes heartbreak, self-discovery and recovery, and blends genres RnB, pop, rock and funk.

To celebrate the release of their new songs, the three-piece have announced an intimate live show at Old Blue Last in Shoreditch. SHADED will play a special Live Nation showcase on 29th September, and tickets can be purchased here.

Having cut their teeth on the live scene over the last few years, the group have played shows with Stand Atlantic and Hey Charlie as well as several headline tours, plus festivals such as The Great Escape Festival in Brighton.

Let us know your thoughts over on SHADED Twitter @CelebMix now!