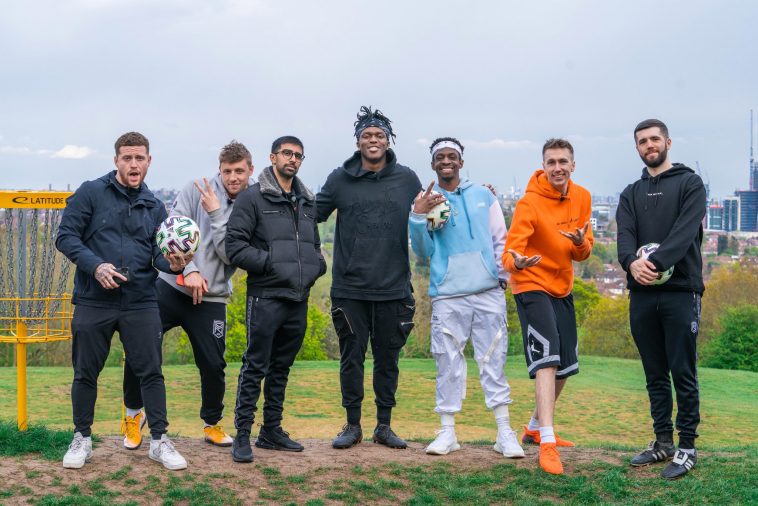 2013 was a ground-breaking year for YouTube. Content creation was finally getting recognised as a legitimate career and the platform was bursting with new talent. The Brit Squad (Zoella, PointlessBlog, Caspar Lee, ThatcherJoe, etc) were taking over the USA, O2L were blowing up and The Janoskians were becoming a global sensation pulling in a million views with one upload consisting of all their members. But a new YouTube collective emerged that would transform the platform.

The Sidemen, consisting of KSI, Miniminter, Zerkaa, TBJZL, Behzinga, Vikkstar123, and W2S, first formed in 2013 and gained incredible popularity from their Grand Theft Auto videos, where they often played together. After collaborating on their own individual channels for the better part of two years, the septet decided to make a Sidemen YouTube channel to live stream their charity football match, which to date has 24 million views. After realising the opportunity, the channel had, Sidemen Sundays became a regular feat, at the channel has only blown up since. So, how has a YouTube group that originated in the early days of the platform been able to outlive their peers?

While YouTube is deemed as an easy career, the Sidemen prove that to remain at the top, dedication and hard work are needed. The group no longer operates as a YouTube-only platform, but as a business with employees and a team needed to ensure the best content reaches the audience. Each member pitches ideas and take it in turns to organise, create and execute the Sidemen Sunday’s alongside their production teams. Speaking on their Side+ podcast, Harry (W2S) stated that “some videos which suit some people and don’t suit other people” so they make sure that whoever will execute the concept best. The research, planning, and execution gone into each video highlight the dedication they have to the platform but also the dedication they have to ensure this group is an equal and fair working environment to not damage the friendship created among them. Vikk (Vikkstar123) also described their system as

The Sidemen are innovative and have grown with the platform. Holding down their main channel, MoreSidemen, SidemenReacts, and their newly launched Side+ fan platform, the consistent uploads and schedule keep their viewers and fans fed with content. From their gaming beginnings, the group saw the opportunity to advance into content that does not just fit into one box. The main channel is most known for its Holiday, Tinder, or Game Show videos, where these genres of videos have amassed over 20 million views (the most popular standing at 66 million.) Yes, they still release football videos from time to time, but the group seized the chance to expand their audience while still satisfying their original fans. The Sidemen even managed to use the BBC Studio to record their own version of the hit television show The Wheel, which has since gained 14 million views.

While their big-budget videos are incredible, their low-budget gems are still golden moments within the Sidemen archives. Sidemen Pub Golf (Gone Wrong) is one of the best videos uploaded to the channel, and one of my favourite YouTube moments ever. The video is so messy and naturally hilarious but also shows the seven lads do not need a huge production for them to create incredible content, just them all together and a little (or a lot) of liquid courage.

Despite the global pandemic, which could have hindered the YouTube groups’ career due to not being able to film together in person during the first lockdown, they remained incredibly consistent and innovative with how to continue uploading to the platform. Continuing to upload virtual Tinder videos, a lockdown showdown, and virtual schooling, they remained persistent, which paid off. As of December 2020, the Sidemen surpassed 10 million subscribers and as of the beginning of October 2021, reached 13.4 million, becoming one of the few British YouTubers to surpass this milestone.

As of 2021, they have become arguably the most influential British YouTubers. The Sidemen have just launched their own Side+ fan platform for behind-the-scenes content, their brand Sidemen Clothing has partnered with Mr Men and Ellesse for limited edition clothing launches and KSI has become one of the biggest artists in the UK right now. The Sidemen are the forefront and quite frankly, the current backbone of the UK YouTube scene, consistently pushing boundaries as to how creative content can be on YouTube and are the blueprint for making a group channel succeed.

For all the latest on your favourite celebrities, make sure you are following the CelebMix account!